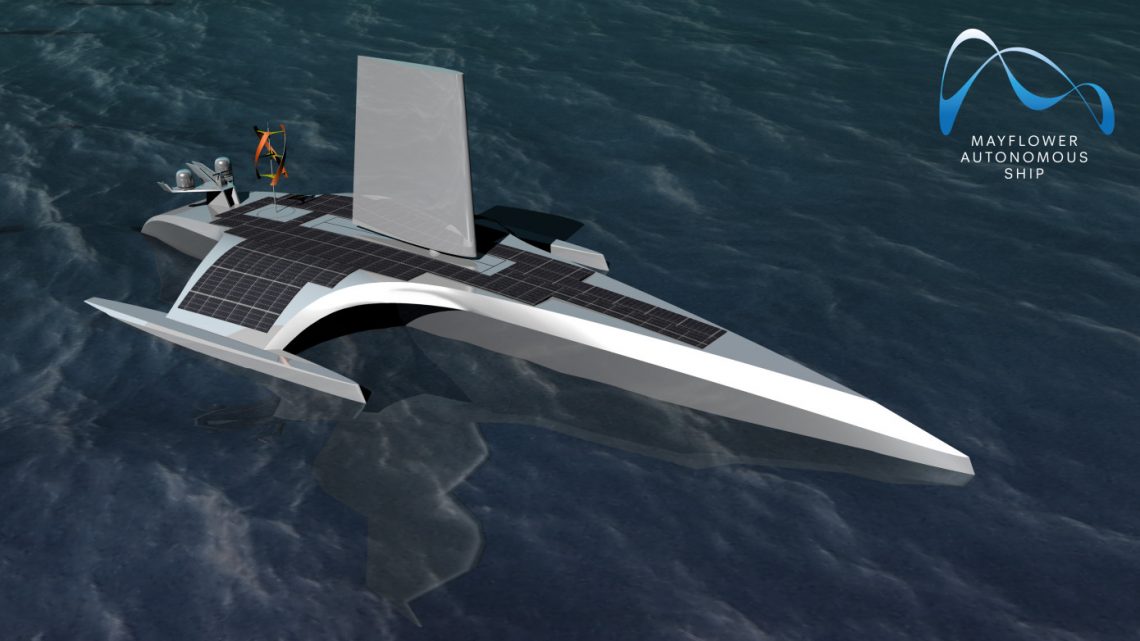 A completely autonomous ship called the “Mayflower” will start its voyage across the Atlantic in September next year to celebrate the 400th anniversary of the voyage of the first non-autonomous Mayflower. This event is intended to demonstrate the technical progress that has been made over the last four centuries. At the same time, however, it is also an important demonstration of autonomous maritime technology, compiled by the marine research and exploration organisation Promare and based on IBM technology.

During the 3,220 miles from Plymouth in England to Plymouth in Massachusetts (USA), the Mayflower will be powered by solar modules and diesel and wind turbines. The voyage, if successful, will be one of the first for fully-fledged ocean-going vessels sailing the Atlantic alone, which Promare hopes will open the doors to other research-oriented applications of autonomous ocean-going vessels.

To support this application, it will have research nacelles on board during its voyage. Three of these were developed by scientists and researchers from the University of Plymouth, who aim to conduct experiments in areas such as maritime cyber-safety and marine mammal surveillance. Another field is microplastics in the sea.

IBM has provided technical support for both the research and navigation aspects of the mission, including the provision of its PowerAI vision technology supported by its Power Systems servers, which will work with deep learning models developed in partnership with Promare. They are designed to help avoid obstacles and hazards at sea. Radar, lidar and optical cameras will be used.

This project could change the way we explore the ocean, deep lakes and other aquatic environments.