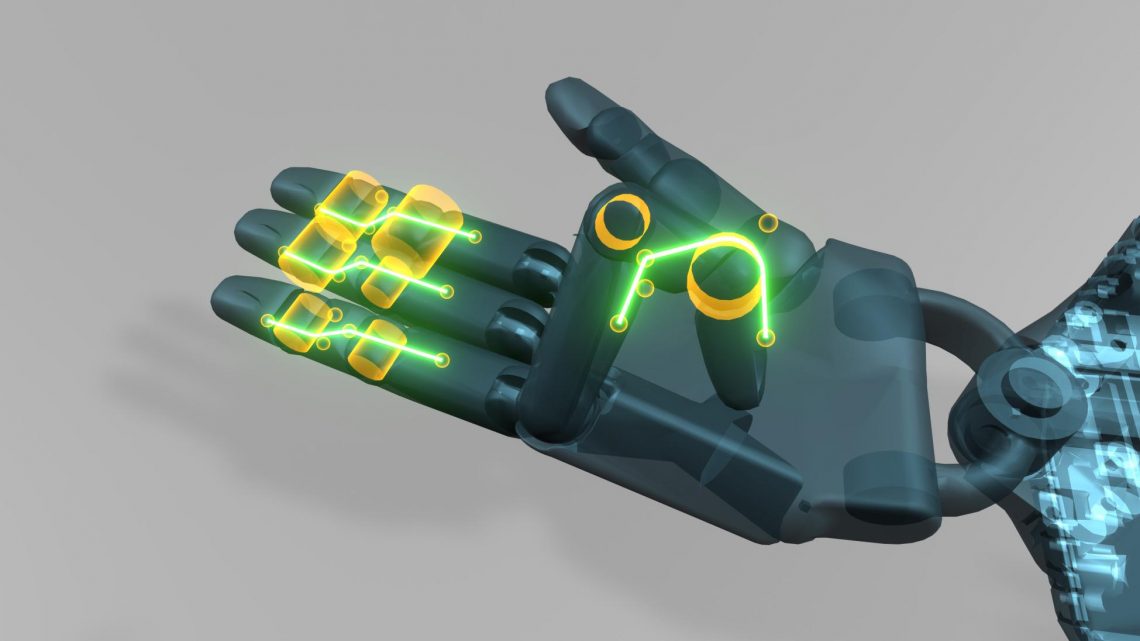 According to a study ( published a paper ), the research organization OpenAI for artificial intelligence has reached a milestone in its efforts to build self-learning robots for general purposes. Dactyl, the humanoid robot hand of the group, learned to solve the Rubik’s cube with one hand. This is a leap forward, especially for their own software, because it allows Dactyl to learn new tasks with the help of virtual simulations before it faces a real physical challenge, according to OpenAI.

A demonstration video shows how the robot hand finds its way to a complete cube solver with clumsy yet precise maneuvers. However, it takes Dactyl many minutes to solve the puzzle. Compared to humans, the movements of the robot hand are not fluid but bumpy.

Is that progress? When it comes to speed, Dactyl performs very poorly compared to other robots. In 2016, Infineon developed a robot that specifically solved the cube of a Rubik at superhuman speed, and the bot did it in less than a second. This destroyed the human world record of less than five seconds. Two years later, a machine developed by MIT solved a cube in less than 0.4 seconds.

But the OpenAI researchers had no intention of setting a world record. Their goal is a multi-purpose robot that can learn to solve a multitude of tasks that human everyday life entails. And this without having to train in the real world for months or years and without having to be specially programmed.

It is not a question of orienting OpenAI’s robotics work towards achieving better results in narrowly defined tasks. All you have to do is develop a technically more powerful robot and program it accordingly. This can be done without modern artificial intelligence.

Instead, Dactyl was developed from scratch as a self-learning robot hand that tackles new tasks in a similar way to a human. It has been trained with software that rudimentarily tries to reproduce the millions of years of evolution in which humans have learned to instinctively use their hands like children do. This could one day, OpenAI hopes, help humanity develop the types of humanoid robots we know only from science fiction, robots that behave like a second self and perform a variety of tasks in such chaotic environments as city streets and factories.

To learn how to solve a Rubik’s Cube with one hand, OpenAI deliberately did not program Dactyl explicitly. She also decided not to program individual movements for the hand, as she was supposed to recognize and learn these movements independently with the help of Deep Learning.

As a new method, OpenAI develops simulated environments instead of the real world. In this way, the software can practice extensively at an accelerated pace on many different computers simultaneously, hoping to retain this knowledge as it begins to control a real robot.

Due to training limitations and obvious safety concerns, robots used commercially today do not use AIs and are programmed with very specific instructions instead. With a factory robot, you know exactly what environment it is working in and how it will pick up the part. This is another reason why today’s robots are far less versatile than humans. It takes a lot of time, effort and money to reprogram a robot that used to assemble a certain part of a car or computer component. If one confronts it with a simple but different task, it will fail miserably.

With modern AI techniques, however, robots could be modeled like humans, so that they could use the same intuitive understanding of the world to do everything from opening doors to frying an ice cream. At least this is the dream of the OpenAI developers.