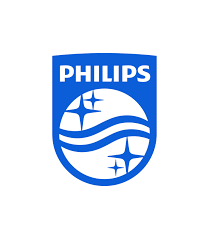 Royal Philips shines with a variety of healthcare applications

Royal Philips shines with a variety of healthcare applications

The US Department of Defense (DOD) and Dutch health technology giant Royal Philips have announced that their co-developed AI-powered tool can detect infections up to 48 hours before the onset of symptoms. By analyzing an individual’s vital signs and more than 165 health-related biomarkers, the AI ​​system could provide better insight into the patient’s health and the ability to prevent an outbreak of infection through proactive mitigation measures.

Now, Philips and DoD want to integrate their machine learning algorithm into a kind of wearable, monitoring the health of their users in a non-invasive way. Although the technology was originally planned for military use, the partners assume that they will be introduced primarily as applications in the future.

This development fits in with a number of other new steps that highlight disease detection as one of the strongest healthcare AI applications:

2. Last month, researchers from the Pennsylvania-based regional health system discovered an AI tool that predicts mortality for patients up to 90 days after hospitalization.

Sepsis is a life-threatening disease that can develop after any kind of infection – and it’s known to be difficult to diagnose because many symptoms overlap with those of common diseases. Nashville-based HCA Healthcare announced in 2018 that it has saved more than 5,500 lives with its own AI sepsis detection algorithm.

A California-based genomics startup uses AI to identify infectious diseases from a single blood sample. Karius is a life science startup that uses a machine learning algorithm to scan the patient’s DNA and associate all traces of infection with the genetic profile of more than 1,000 diseases that cause microbial pathogens. Mickey Kertesz, CEO and co-founder of Karius, told Business Insider Intelligence in August that the company’s $ 2,000 test is a breeze because confusing infections are often diagnosed by invasive biopsies that can cost tens of thousands of dollars.

Philips’ DOD partnership builds on the company’s work with AI, wearables and virtual displays – three areas with a variety of healthcare applications. Philips believes it is on the right path, with 62% of healthcare executives expecting the technology to have a significant impact on healthcare over the next five years.

But it’s not the only project that Philips is working on: Last month, the Dutch company introduced a new wearable NightBalance device that helps people with sleep apnea – a chronic sleep disorder that causes repeated respiratory arrest throughout the night. Earlier this year, Philips announced that the HoloLens 2 headset from Microsoft is working on an expanded reality platform for surgical intervention.

Focusing on these three technologies has the added benefit of enabling AI, wearables, and virtual displays for a variety of healthcare applications, not just a single use case. Philips flexible revenue pipeline is evidently able to meet the rapidly changing digital needs of healthcare providers.

Google researchers: their algorithms can identify odors based on molecular structures