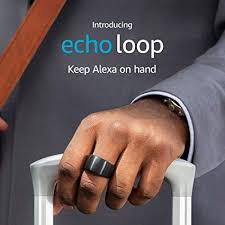 Is there a wearables war on the march?

Is there a wearables war on the march?

The wearables sector is approaching a turning point. Although it is not a new technology category, the activities are escalating. Wearables sales are expected to reach $ 41 billion this year, up 28 percent from $ 32 billion a year ago. The response to this growth: rapid increase in other market activities and product launches.

Apple is already far ahead of the success of Watch and Airpods. In the meantime, Google has acquired Fitbit to support the wearables game. Amazon and Microsoft have launched wearable lines in the past quarter, and smaller companies such as Bose and Snap are setting seeds for a sustainable future.

There is a driver for this activity that goes back to our favorite pastime: “Follow the Money”. This is about extrapolating product timetables based on the motivation of technology giants. This often serves to future-proof the core business or to diversify sales in the face of mature products.

The flagship here is Apple. Because the iPhone (and smartphones in general) are facing market saturation and declining growth, wearables are currently the big hit.
In the fourth quarter, iPhone sales declined 9 percent year-on-year to $ 33.36 billion, while wearables revenue increased 54 percent to $ 6.52 billion.

In the meantime, Google has taken over Fitbit to accelerate its old WearOS platform with some hardware in the game. His motivation, beyond the growing trend of wearables, was the same one that drives Android: maintaining direct contact with consumers to advance its core search business.

Speaking of a direct consumer touchpoint, Amazon made lightning fast the wearables market last month as a delivery system for Alexa. The Echo Buds are AirPod-like Bluetooth earphones. Echo frames are Bose frames-like audio glasses. And Echo Loop is a weird little ring with a microphone and a speaker.

Your motivation? When Amazon was unable to market the Fire Phone, it lost a consumer touchpoint and for many years the pole position to Google and Apple. Trendlines for smartphones and wearables on intersecting paths are now displayed, and this bug should be fixed for the next era of hardware.

The situation is similar at Microsoft. The licensing model for the Windows Mobile operating system has rapidly lost its share of Android’s more attractive price tag (free) over the last decade. Thus, it has missed the coveted position in the mobile revolution, which it now wants to redeem with a more vertically integrated approach.
This is evident in Surface laptops – a container for Windows and Office products – as well as Hololens, one of the leading manufacturers. More recently, Microsoft introduced this hardware forward approach with its surface earbuds, which have native integration with MS Office productivity features.

Of course the trend goes beyond the big five – and we must not forget Facebook. Samsung has its own wearables game. And the strength of this category will attract hardware players to fill the gap at the bottom of the market, increasing global access and adoption.

We will also see high profile specialists like Bose. The BoseAR platform follows a Hearables strategy. In addition to a strong brand, it is the only player to have previously opened a developer platform to accelerate the creation of intelligent and sensor-based audio experiences.

Snapchat is another dark horse among the wearables. Benefits include commitment, product orientation, and the willingness to experiment with hardware in the outdoors. The elegant UX with Spectacles 3 is making itself felt, as the comfort for camera glasses for the consumers is felt and developed further.

Sonata raids in the “Smart Wearable” category with “Stride”