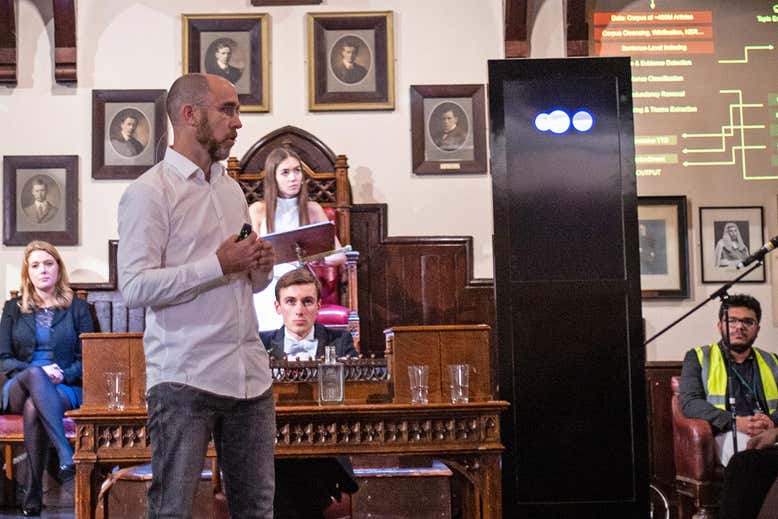 The robot used an application known as “speech by crowd” to generate her arguments. She then sorted them by key topics and identified redundancies – submissions that deliver the same arguments with different words.

The AI argued coherently, but also made mistakes. Sometimes it repeated itself – while talking about the ability of the AI to perform everyday and repetitive tasks, for example – and did not provide detailed examples to support its claims.

She then changed sides, arguing that AI would create new jobs in certain sectors and “bring much more efficiency to the workplace”. But then she formulated a sentence that contradicted her pro-arguments: “AI skills that care for patients or robots that teach schoolchildren – there is no demand for people in these areas either”.

The result of the pros and cons discussion: the supporters won with 51.22 percent of the audience votes.

IBM plans to use the speech-by-crowd AI as a tool for collecting feedback from a large number of people. For example, it could be used by governments that seek public opinion on policies, or by companies that want contributions from employees, IBM engineer Noam Slonim said.

“This technology can help to create an interesting and effective communication channel between the decision maker and the people who will be affected by the decision.