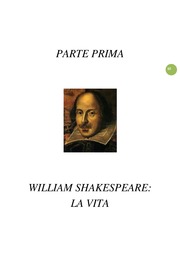 Machine Learning Reveals Who Shakespeare Wrote His Pieces With

Machine Learning Reveals Who Shakespeare Wrote His Pieces With

The assumption of several literary scholars that another author contributed to Shakespeare’s Henry VIII is not new, but still controversial. Now a neural network has identified the scenes in question and determined who actually wrote them.

William Shakespeare spent most of his life writing for a company called The King’s Men, which performed his plays on the banks of the Thames in London. When Shakespeare died in 1616, the company needed a replacement and turned to one of the most productive and famous playwrights of the time, a man named John Fletcher.

However, the then famous Fletcher was not mentioned afterwards. It was not until 1850 that a literary scholar named James Spedding noticed a remarkable similarity between Fletcher’s plays and passages in Shakespeare’s Henry VIII. Spedding came to the conclusion that Fletcher and Shakespeare must have worked together on the play.

This could be proven by identifying and comparing the linguistic peculiarities of each author. The characteristics thus revealed allowed Spedding and other analysts to point out that Fletcher must have been involved. But the experts could not agree on that. Others interfered by claiming that another English playwright, Philip Massinger, was indeed Shakespeare’s co-author.

Now Petr Plecháč of the Czech Academy of Sciences in Prague claims to have solved the problem by using machine learning. Result: “Our results strongly support the canonical division of the game between William Shakespeare and John Fletcher proposed by James Spedding,” says Plecháč.

How did the Prague expert proceed? Machine learning algorithms have been used for several years to identify distinctive patterns in authors’ spelling.

The technique uses part of the author’s work to train the algorithm and another, smaller part to test it. However, since an author’s literary style can change throughout his life, it is important to ensure that all works have the same style. Once the algorithm has learned the style in terms of the most commonly used words and rhythmic patterns, it is able to recognize it in texts it has never seen before.

Plecháč followed exactly this technique. He first trained the algorithm to recognize Shakespeare’s style by using other pieces written at the same time as Henry VIII. These pieces are The Tragedy of Coriolanus, The Tragedy of Cymbeline, Winter History and The Storm.

He then trained the algorithm to recognize John Fletcher’s work from pieces he wrote at the time – Valentine, Monsieur Thomas, The Woman’s Prize and Bonduca. Finally, he let go of the algorithm on Henry VIII and ordered him to determine the author of the text by scrolling through the piece using a roll window technique.

The results are interesting. They tend to agree with Spedding’s analysis that Fletcher wrote scenes that make up almost half of the play. However, the algorithm also allows for a more subtle analysis. This then revealed how authorship sometimes changes not only in new scenes, but also towards the end of the previous one. For example, in Act 3, Scene 2, the model proposes a mixed authorship after Line 2081 and finds that Shakespeare takes over completely in Line 2200, before the beginning of Act 4, Scene 1.

Ref: arxiv.org/abs/1911.05652 : Relative contributions of Shakespeare and Fletcher in Henry VIII: An Analysis Based on Most Frequent Words and Most Frequent Rhythmic Patterns

Our chances of avoiding extreme warming are very slim