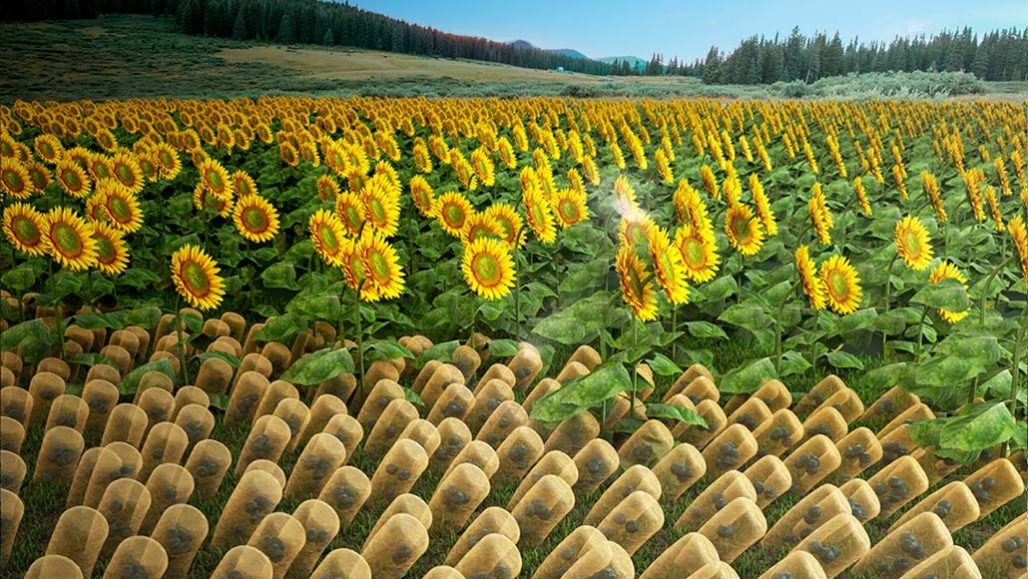 As the sun moves across the sky, the sunflowers constantly direct themselves to pick up most of the light. Now a man-made material can follow this process.

In the November issue of Nature Nanotechnology, materials scientists led by Ximin He of UCLA described that they had developed the first artificial material capable of phototropy.

SunBOTS are stem-like cylinders that constantly move to capture 90 percent of the available light that shines at a 75 degree angle on a surface in laboratory tests. The technology could one day be used to optimize solar modules, desalinate water or move robots, the researchers say.

Although other scientists have previously produced artificial substances that can bend in the direction of light, this ability to bend stops after some time. SunBOTs can regulate themselves and bring themselves into the optimal position to absorb the sun’s rays, and then make small adjustments to stay there when the sun shifts.

Scientists explain this ability with the configuration of a SunBOT. It is a handle-like polymer with a diameter of about one millimeter, embedded in a nanomaterial that reacts to light. The nanomaterial absorbs light and converts it into heat; the polymer shrinks at elevated temperatures.

The researchers used gold nanoparticles and a hydrogel to build their first SunBOTs. But tests with other materials – such as reduced graphene oxide and liquid crystalline polymers – showed that the components could be mixed and matched.

SunBOTs can be arranged in rows to cover an entire area and create a “mini sunflower forest”. Coating surfaces with this material could solve one of the biggest problems of solar energy: Since the angle of direct sunlight changes as the sun moves overhead, conventional materials cannot keep up. Among other things, this material can be used wherever the maximization of solar absorption is transformed into energy. Example: autonomous robots.