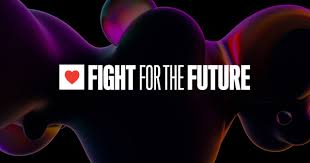 Fight for the Future activists petitioned Congress members Monday demanding a total ban on the use of facial recognition technology by the government. The petitions went to the offices of Carolyn Maloney (D-NY) and Jim Jordan (R-Ohio), the chair and senior members of the House Committee on Oversight and Reform. Senators Chris Coons (D-Del.) And Senator Mike Lee (R-Utah) also received further petitions, which introduced an activist-criticized face recognition law in November. According to Fight for the Future, a total of 75,000 petitions have been collected so far.

For Evan Geer, the deputy director of Fight for Future, a significant part of the country’s citizens spoke on this topic. Their message couldn’t be clearer enough: “People understand that this technology is dangerous if it doesn’t work. The only way to protect our privacy is to ban it, ”said Greer. The initiative therefore urged Congress “… to take immediate, decisive action to protect people from the many and inevitable dangers of facial recognition.”

The call was approved by almost 40 digital rights and civil rights organizations and groups.

In November, Fight for the Future scanned the faces of people in Washington, DC and around Congress using Amazon’s “Recognition” technology to highlight the lack of strict regulations related to the technology.

The ambitious plans of Amazon Logistics