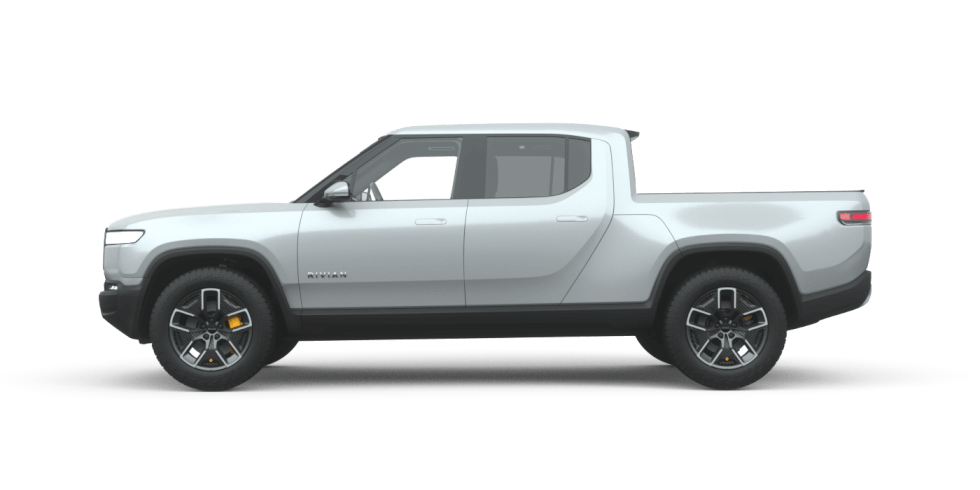 Rivian – a startup with Amazon and GM behind it against Tesla?

Rivian – a startup with Amazon and GM behind it against Tesla?

Some analysts already see the American electric car start-up Rivian as Tesla’s gravedigger – and if not that, a high-quality vehicle should soon buy the guts of the Musk disciples and grow into a serious competitor.

After almost ten years of hard preparatory work and intensive training, the fully electric R1T pickup truck and the R1S SUV are due to be launched on the American market at the end of 2020, with the international markets to be conquered in 2021. But the price of 69,000 dollars for the R1T is already quite steep. The flagship R1S, at 72,000 dollars, has a clear advantage over the luxury SUV Model X from Tesla, which is currently available in the USA from 79,690 dollars.

Does Tesla have to fear the startup? Absolutely. Amazon has invested around 700 million dollars in Rivian, Ford half a billion dollars. According to the news agency Bloomberg, Rivian has already raised a total of $2.85 billion in equity. According to the experts of “autoblog.com”, about one billion dollars are needed to develop a new car model. Equipped with such solid resources, Rivian could become a very unpleasant competitor.

But Bezos wouldn’t be Bezos if his commitment was apparently only to bring a highly competitive vehicle to the front against Tesla. No, Bezos now wants to stir up the entire market. He already started doing so when he ordered 1000,000 E vans from Rivian last September. This is the biggest contract ever awarded to an electric car company.

Whether Ford has the same plans is not entirely clear. This may also be due to the quite manageable financial equipment. For the time being Ford wants to use Rivian’s electric platform to build a premium electric car. The engine, batteries and computer system will be based on Rivian technology. Ford can then build the rest of the car on this – a rather modest goal. But is that it? Tesla – the lifestyle – brand benefits not least from the driving pleasure of its PS monsters in the form of sports cars, SUVs and trucks which are nevertheless able to breathe an environmentally friendly image.

What can Rivian hold against this in terms of driving pleasure? No problem – just watch the videos of spectacular turns on their own axis with which the newcomer caused a sensation at the end of 2019. Thanks to his four motors – each of the four wheels has its own drive – he can turn on the spot. This was previously only available from tracked vehicles.

But what else are these capabilities for? The pirouettes are designed to help the vehicle overcome manoeuvrability in difficult terrain and in narrow parking spaces. So far, this would be an excellent unique selling proposition that is absolutely suitable for the image. US industry experts speak of a “killer feature”.

In fact, the R1T is a frontal assault on Tesla’s cybertruck, which is to be produced from the end of 2021. When it comes to range, Tesla is ahead: With the largest battery, the R1T can go 640 kilometers, while Tesla’s Cybertruck is expected to cover a good 800 kilometers.

However, the R1T has a more dignified appearance and is more suitable for everyday and family use. It is therefore possibly the more mass-suited e-truck compared to the very futuristic looking cybertruck with its daring design.

With Rivian, however, not only Tesla, but also the German car companies are facing new competition in the field of e-mobility – a trend that BMW, Mercedes & Co. are known to have missed. Rivian itself is interested in further partnerships. The Ford model would thus also be a theoretical option for German car manufacturers: e-technology from Rivian, the trappings of BMW, Mercedes & Co.

But to do so, German manufacturers would have to actually jump over their shadow and move away from the approach of developing a complete e-car all by themselves. Hardly any car expert would still believe that they could do this. The speculation is therefore on a German-Chinese cooperation.

With regard to VW, however, the Ford alliance with Rivian is a real blow to the office, as Ford announced in 2019 that it wanted to use the electric car kit from the Wolfsburg company as part of a cooperation with VW.