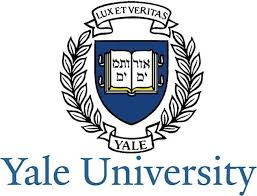 A new way of manufacturing sensors for robots

A new way of manufacturing sensors for robots

The method, developed in the laboratory of Rebecca Kramer-Bottiglio, the John J. Lee Assistant Professor of Mechanical Engineering & Materials Science, can be used to sensor soft robots and wearables. The results were recently published in Science Robotics.

Many soft robotic systems require integrated sensors that can stretch and adapt along surface contours. Over the past decade, polymer and conductive filler composites have become a popular choice for portable, stretchable sensors because of their ability to improve the process. However, the manufacturing process can be cumbersome and the solvents used are often toxic and harmful to the robot or carrier. For example, if a typical conductive ink is applied directly to a latex balloon, the balloon would burst immediately due to the conventional solvent contained in the ink.

The researchers developed a process using a mixture of ethanol filled with polymer resin particles coated with even smaller soot nanoparticles. During printing, the polymer and the carbon black fuse spontaneously to form a conductive material while the ethanol evaporates. Since the solvent is used as a carrier and not for the purpose of diluting the polymer, safe solvents can be used.

The researchers modelled their method on the model of haemostasis, the body’s own system for wound healing in which the plasma carries platelets that settle at the site of injury. Since microscopically small substances are directly transported and their spontaneous coagulation occurs, this is a fast and efficient process.

“Similar to plasma, ethanol carries the soot nanoparticles and polymer resin that act as proteins or platelets in the blood, and these are deposited at the target or pressure site,” said Sang Yup Kim, a postdoctoral researcher in Kramer-Bottiglio’s laboratory and lead author of the study.

The researchers created the flexibly reacting sensors by printing the blood-like emulsion ink directly onto soft polymer materials, including soft actuators and conventional textiles. The resulting sensors were highly sensitive and reacted with only a slight delay, making them useful for soft robotic applications and portable robotic devices.

“We believe that this result is a significant step towards soft sensors in commercial platforms,” said Kramer-Bottiglio. “The ability to easily print useful sensors onto any substrate using non-toxic, safe solvents makes the process a viable solution for those who do not have access to specialized laboratory environments”.