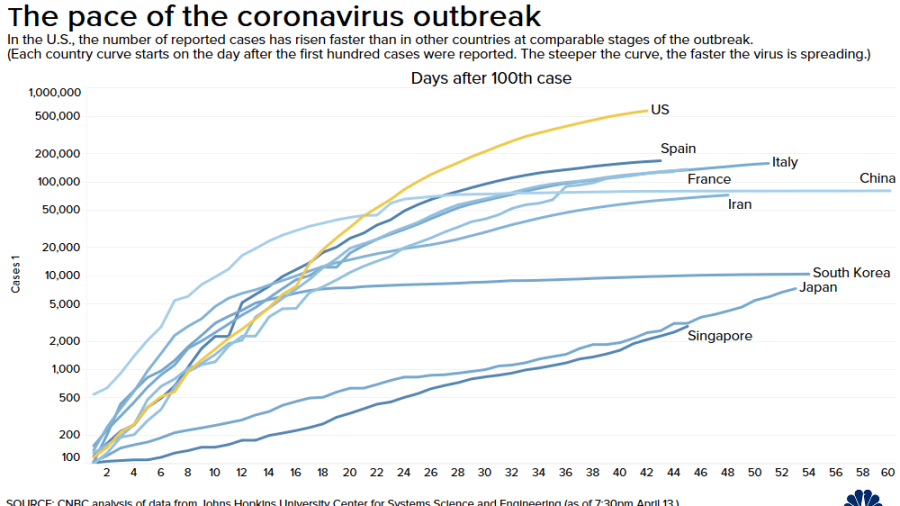 IMF: the world is “very probably” facing the worst recession since the 1930s

IMF: the world is “very probably” facing the worst recession since the 1930s

The global economy is likely to suffer the worst financial crisis since the Great Depression this year, the International Monetary Fund said on Tuesday as governments around the world grappled with the Covid 19 pandemic.

The IMF now expects the global economy to have contracted by 3% by the end of 2020. As recently as January, the Fund had predicted that global GDP (gross domestic product) would grow by 3.3% this year.

“It is very likely that this year the global economy will experience its worst recession since the Great Depression,” Gita Gopinath, Chief Economist of the IMF, assesses the situation and refers to the latest report of the World Economic Outlook.

The dramatic downgrading of this year’s growth expectations came as other institutions are also warning that the outbreak of the coronavirus will pose massive economic challenges. The World Trade Organization announced last week that world trade will shrink between 13% and 32% this year. The Organisation for Economic Coordination and Development has also warned that the economic impact of the virus “will continue to be felt for a long time to come”.

To stem the spread of the virus, many governments have introduced freezing measures that only allow people to leave their homes to buy food and medicines and in some cases to exercise. As a result, business has come to a standstill in many countries.

The IMF, which called the current crisis “the great lockdown”, said “this is not a crisis like any other”. At a press conference, Gopinath said: “The scale and speed of the collapse of activities that followed was unlike anything we have experienced in our lives”.

There is a great deal of uncertainty about the duration and intensity of the economic shock, she added, and stimulating economic activity is a greater challenge given the social distancing and isolation policies required.

The IMF said it had received “an unprecedented number of calls for emergency financing”. Of its 189 members, more than 90 have asked for financial support.

The fund, which provides financial assistance to economically ailing members, has a lending capacity of $1 trillion.

The euro zone has been hit hardest. While the US economy – see above – is slipping by 5.9% this year, the euro zone as a whole is being brought to its knees by about 7.5%. China is expected to close the current year with a growth rate of 1.2 %, which puts an end to all claims that the Asians are now experiencing the decline of their “break economy”.

The economic situation will be particularly difficult in Italy and Spain, where GDP will contract by 9.1% and 8% respectively. These two countries are the most affected by Covid-19 in Europe. In both countries the number of infections and deaths is higher than in China, where the virus first appeared at the end of 2019.

An excerpt: Contributions of the Ki to the fight against the coronavirus

Headless and fearful of pandemic – Easy prey for cyber criminals