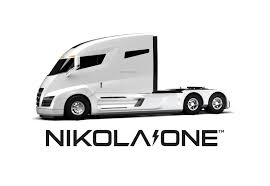 Nikola is a developer of electric and hydrogen semitrailers and has not yet produced vehicles for sale. Truck production and revenues are expected in 2021. The company went public last week after merging with an already listed holding company VectoIQ.

Nikola has “projected revenues” worth about $10 billion, which are associated with “reserved” vehicles. Anheuser-Busch is one of the company’s customers. In addition to semitrailers, Nikola also sells a hydrogen fuel cell pickup truck.

The CEO of Nikola Motor, Trevor Milton, provoked the automobile scene with the claim that he is one of the “very few people who can outperform Elon”. In a lawsuit filed in May 2018, Nikola claimed that Tesla had infringed six design patents.

After Nikola’s successful stock market debut, Elon called on Musk yesterday in an internal mail to speed up production of the Tesla Semi. He made it clear: “It is time to go all out and bring the Tesla Semi to mass production”. Tesla had postponed the delivery of the Semi to 2021 only in April.

Tesla had already unveiled the Semi in November 2017. Allegedly it will be equipped with four Model 3 engines and will probably have a range of up to 500 miles.

In the current e-mail, however, Musk pointed out that Tesla is initially producing a small number of Semi’s to improve the design of the car. Whether Musk pointed out that the battery and drivetrain would be manufactured at the Giga factory in Nevada while most of the other work “probably takes place in other states” was an indication of a problem that needed to be solved, has remained open.

Amazon prohibits police authorities to use Recognition – for one year