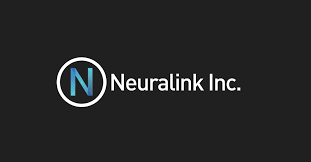 New York, August 30, 2020
Elon Musk is making progress with his plan to create an electronic connection to the human brain. On Friday he presented the prototype of a device from his company Neurolink that can transmit information between neurons and a smartphone. It is roughly the size of a coin and is to be positioned inside the skull. Apart from a small scar under the hair, no traces remained, Musk said.
Neurolink is initially implanting the devices in pigs. Musk showed one of the animals in which impulses were transmitted from the trunk. Every time the pig touched something with it, electrical signals were visible on the screen. In the case of a pig on a treadmill, information from the device enabled the software to predict fairly accurately when which joint would be activated.
Musk and Neurolink see potential applications for the technology in humans, for example, in the treatment of pain or vision problems, and spinal cord injuries. In the future, it is conceivable that the technology could be used to bridge injured nerve tissue, for example to enable people to walk again, he said.
The device could also help solve a variety of neurological problems, from memory loss to stroke to addiction, or monitor the health of users and warn them if they suffer a heart attack.
Neurolink developed a robot for implantation into the brain. The chip in the head is to communicate via Bluetooth radio with an app on the smartphone and be charged wirelessly. “It’s like a fitbit with fine wires in its head,” joked Musk. Over time, Neurolink hopes to reduce the costs, including surgery, to several thousand dollars.