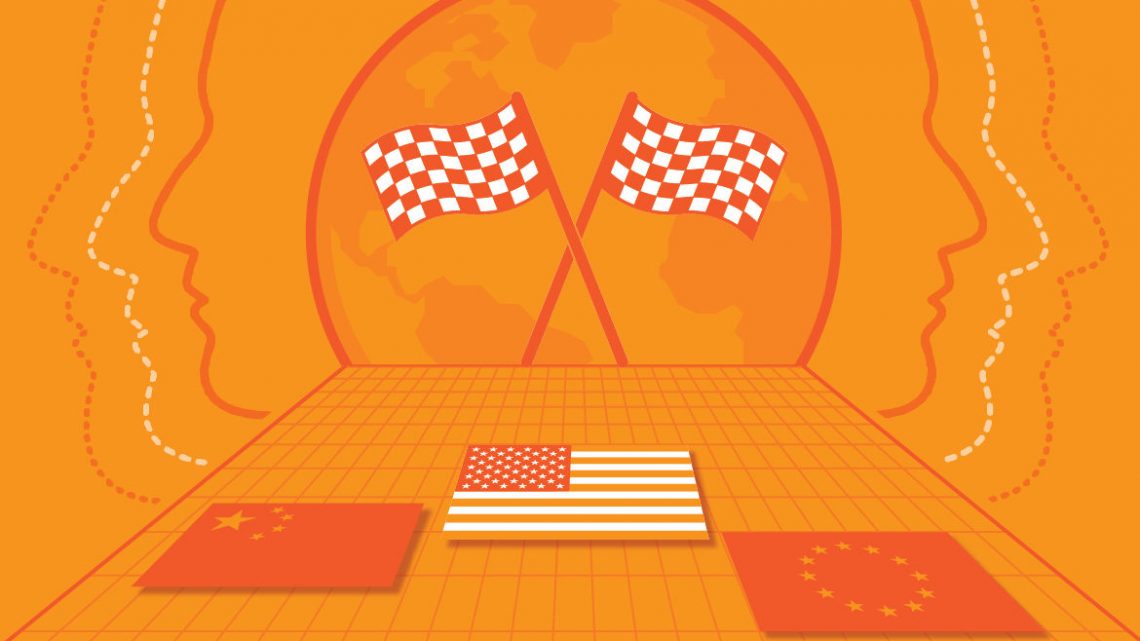 USA, China and EU – Who will win the AI race?

The US still has a lead over China and the EU in the field of AI in the development and use segments. But China is rapidly catching up, while the EU is rapidly falling behind.

This is the conclusion of a recent study by the Information Technology and Innovation Foundation.

Those nations that lead in the development and use of artificial intelligence (AI), the authors found, will shape the future of technology and significantly improve their economic competitiveness, while those that fall behind risk losing competitiveness in key industries. As a result, more than 30 nations have developed national AI strategies to improve their prospects. So far, the U.S. has emerged as the frontrunner in AI, but China is closing in.

The authors emphasize: Without significant policy changes in both the EU and the U.S. – specifically, changing the regulatory system in the EU to become more innovation-friendly and developing and funding a more proactive national AI strategy in the U.S. – it is likely that the EU will lag behind both the U.S. and China, and that China will eventually catch up with the U.S.

The study examines the progress China, the European Union, and the United States have made in AI in recent years and provides an update to a report released in 2019.

In 2019, the Center for Data Innovation had analyzed the AI capabilities of China, the European Union and the United States using 30 metrics in six categories: Talent, Research, Development, Hardware, Deployment (Adoption), and Data. The result: the U.S. came out on top in four categories (talent, research, development, and hardware), and China came out on top in two categories (adoption and data) . Of the total 100 points available, the U.S. came out on top with 44.2 points, followed by China with 32.3 points and the European Union with 23.5 points.

The current study measures the progress each region has made in AI since then, using new data to update 15 of the metrics and adding a new metric. The researchers concluded that the United States still leads the way with 44.6 points, followed by China with 32.0 points and the European Union with 23.3 points.

This positioning did not change after the scores for each metric were calculated based on the size of the workforce. According to the results, the U.S. (58.0 points) is ahead of the European Union (24.2) and China (17.8).

The authors point out that despite China’s gradual improvement in many indicators, the U.S. slightly increased its overall lead in the underlying scoring system , because it performed extremely well in heavily weighted indicators such as venture capital and private equity financing. For example, they would have an unmatched number of AI startups that received $8 billion more in venture capital and private equity funding than China in 2019.

On the other hand, Chinese firms have significantly outpaced EU firms in R&D spending, he said. Finally, it was noteworthy that the average research quality in the U.S. was still higher than in China and the European Union. Although the Chinese have been trying hard to reduce their dependence on U.S. semiconductors, U.S. competitors are clearly in the lead in developing chips for AI systems.

Cybersecurity – these are the biggest challenges in 2021