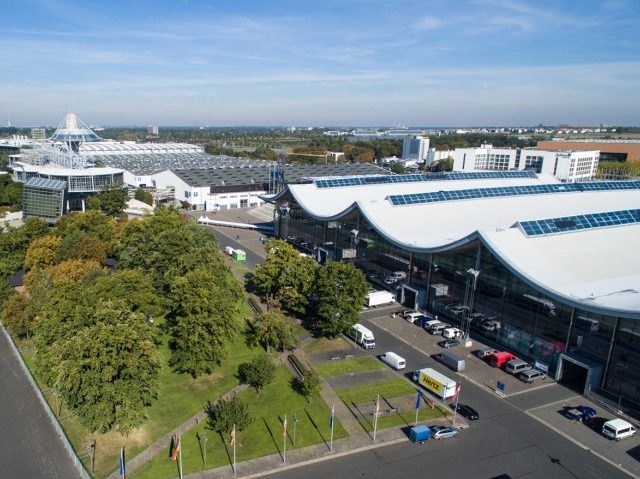 Deutsche Messe’s exhibition center will get its own 5G campus network this year, combined with a public 5G network from Deutsche Telekom. As part of the 5G Smart Venue strategy, the largest 5G exhibition center in Europe is being built in Hanover, announced Jochen Köckler, CEO of Deutsche Messe. Step by step, indoor and outdoor areas will be equipped with the latest mobile communications generation. Telekom will deploy 1.4 million square meters of coverage with its public 5G network in the outdoor area and set up the 5G campus network.

For the campus network, Deutsche Messe has secured the full 100 MHz bandwidth in the 3.7 GHz range from the German Federal Network Agency (BNetzA). Deutsche Telekom’s public network operates in the neighboring range of 3.6 GHz, so that a continuous frequency range with 190 MHz bandwidth is available for the hybrid network.

In the first step, Deutsche Telekom is equipping five halls with 5G. Seventy indoor antennas are planned for this. With 14 antennas outside, the entire outdoor area including adjacent parking lots will be covered. The first expansion stage is scheduled for completion by September 2021 – when the 5G network will go live at the exhibition center.

Telekom will then supply all 30 halls and buildings at the exhibition center. This means that both trade fair visitors and exhibitors will be able to use high-speed data communications in the future. As a dual-slice network, both private and public networks can be used in parallel. The concept provides for a redundant network, which should ensure a high availability of 99.99 percent. There will also be a special focus on IT security. In addition, the trade show is installing an edge computing platform that is designed to process incoming data in the shortest possible response time.

In addition to the Messe and Deutsche Telekom installations, Siemens will also be involved in the 5G networking of the Hannover exhibition center. One hall alone will be equipped with technology from the Nuremberg-based industrial equipment manufacturer to provide its own campus network there. This network can also be used by exhibitors during ongoing trade fairs and by companies for tests and field trials outside of trade fair hours.

Köckler pointed out that the Siemens technology will remain permanently in the exhibition hall and will be made available to Deutsche Messe for commercial use. Other customers could thus also use the Siemens technology for their products as a test environment and adapt it specifically to their requirements for performance, reliability and security. Cedrik Neike, CEO Digital Industries at Siemens, named industrial applications such as mobile robots in manufacturing, autonomous vehicles in logistics or augmented reality applications for service technicians as possible test cases.

The trade fair boss put the expansion costs up to the end of 2022 at around 11 million euros. The state of Lower Saxony is contributing 25 percent of this, around 2.8 million euros, from a 50 million euro digitization pot, which is also being used to promote 5G coverage in the state and the expansion of the cable infrastructure to gigabit speeds.