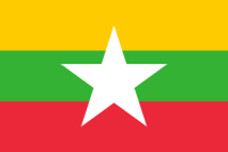 Human rights groups are concerned about the use of facial recognition to track protesters in Myanmar. CCTV cameras linked to the technology have been installed in key cities in the country, which suffered a military coup on Feb. 1.

At least 200 people have been killed since the military-led coup sparked protests and violence across the country. The military has declared a state of emergency and placed ousted leader Aung San Suu Kyi under house arrest.

According to Human Rights Watch (HRW), there is “heightened concern” about CCTV cameras , which are equipped with AI technology. The country’s authorities use the technology, which can scan people’s faces as well as license plates, to search for matches on a wanted list. It can also be used to single out people based on their religion, ethnicity and other discriminatory factors. One protester is quoted by the media as saying that the technology, which was already a problem before the protests, has caused people to take different routes home, for example.

“It’s like a digital dictatorship, the regime is using technology to track and arrest citizens. ”

Huawei denied reports that it had supplied the technology for facial and license plate recognition in Myanmar.

Clearview: “Our growth rate is crazy”