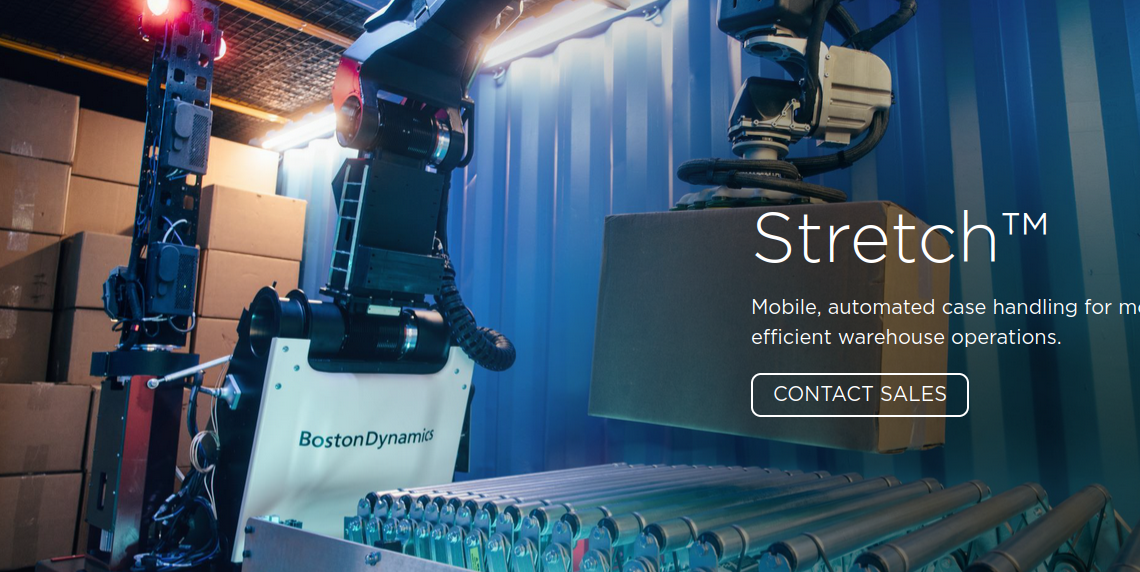 Stretch uses its robotic arm and smart gripper to unload and load boxes into trucks and set up pallets for deliveries. It can move in all directions and autonomously navigate through loading docks, using computer vision to recognize boxes.

Stretch, which can move 800 boxes per hour, is considered a commercial version of Boston’s box-moving robot Handle, which was featured in a YouTube video in February 2017.

Reports pointed out the differences between Stretch and Boston Dynamics’ other robots, which were featured in the viral video with dancing robots. The humanoid Atlas, the dog-like Spot and the Handle robot participated in a coordinated routine to the song “Do You Love Me” by The Contours.

In December, Softbank sold Boston Dynamics to Hyundai for $1.1 billion. Boston Dynamics emerged from the Massachusetts Institute of Technology in 1992 and was acquired by Google in 2013 before being sold to SoftBank in 2017.

Visa to enable payments in cryptocurrencies