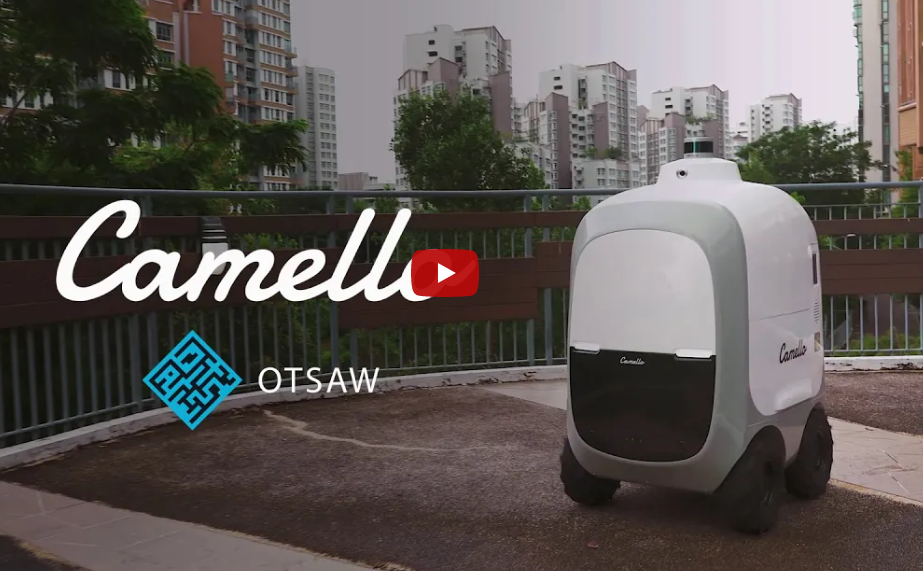 Out of milk? Robots are on call for home deliveries

Out of milk? Robots are on call for home deliveries

With more and more home deliveries in demand, a technology company in Singapore has deployed two robots to bring groceries to residents in one part of the city-state.

The robots, developed by OTSAW Digital and dubbed “Camello,” were offered to 700 households in a year-long trial. Users can book delivery appointments for their milk and eggs and are notified via an app when the robot reaches a pickup point – usually the lobby of an apartment building.

The robots, which are equipped with 3-D sensors, a camera and two compartments that can each carry up to 20 kilograms of food or packages ordered online, make four or five deliveries a day on weekdays and are on call for half a day on Saturdays.

They use ultraviolet light to disinfect themselves after each trip, said OTSAW Digital CEO Ling Ting Ming. During the pandemic, more and more customers are paying attention to touch-free delivery, Ming said, “We can assure that.”

For now, employees will accompany the robots on their rounds to ensure there are no problems. Predictions that older or younger people will use the service vary widely. While one group favors the elderly, arguing that they would greatly appreciate the fact that they now no longer have to carry grocery bags over more or less long distances, others believe such a service is only for younger people, and that the elderly would reject robots.

Founded in 2015, Otsaw focuses on the development of robotics technologies and artificial intelligence for applications in the fields of health, security, delivery and mobility.