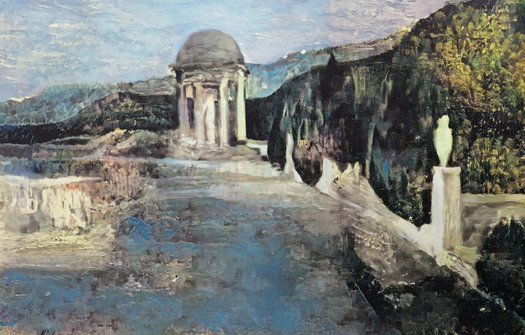 A machine learning project used AI techniques to recover a lost composition hidden under a painting by Pablo Picasso. The “Neo-Master” composition (shown above) is believed to be the work of Picasso’s friend Santiago Rusiñol.

University College London PhD students Anthony Bourached and George Cann are behind the project, called Oxia Palus. It uses neural transmission algorithms and deep networks developed at the University of Tübingen, Germany, to analyze X-ray images of artworks and generate versions of hidden compositions based on other works by the artist. These new works are called “neo-masters.”

In the case of the latest painting, researchers had previously used an X-ray fluorescence imaging instrument to see a faint image under Picasso’s La Miséreuse Accroupie (The Crouching Beggar). To this, Bourached explained, “It’s a contrast to a lot of current AI art, which is generative, which is about creating something new and creative.”

Experts suspected that the hidden work was by Rusiñol, a leader of the Catalan Modernist movement who painted a park near Barcelona.

Meanwhile, Oxia announced that 100 3D-printed canvases of the re-creation will be released, each linked to an NFT (Non-Fungible Token). MORF Gallery will sell them for $11,111.11 each.