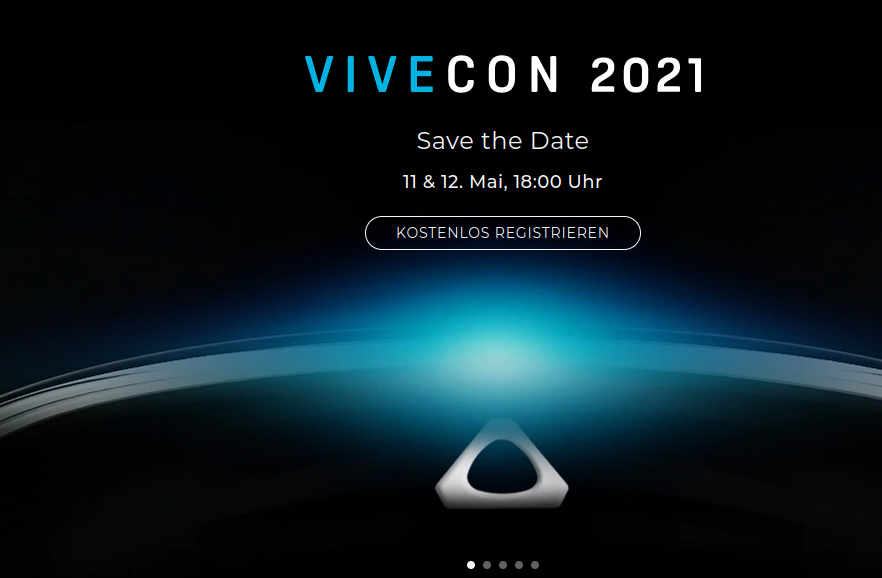 HTC’s confirmed on its website that it will unveil several new VR headsets during its Vivecon VR showcase next month. Earlier reports suggested that HTC might unveil an official all-in-one headset during the free event, which takes place May 11-12.

The Vivecon website also advertises new VR software and platforms , although there are no details. Many expect HTC’s new standalone headset to be enterprise-focused, as was the case with the Vive Focus Plus.

Earlier this month, a concept design surfaced for a Vive headset meant for fitness/workouts. However, HTC claimed that it is not a real product. The fictional Vive Air VR, which is aimed at high-intensity VR sessions, won a World Design Guide Award.

According to UploadVR, it is unlikely that the Air will be unveiled during Vivecon. Rather, the new headset is said to be a Vive Focus successor focused on business applications.

Registration for Vivecon is free. A keynote on Day 1 will unveil the headset(s) and other announcements, while Day 2 will feature themed sessions with VR industry experts, strategic partners and others.

Kissinger recommends peaceful coexistence in AI between U.S. and China