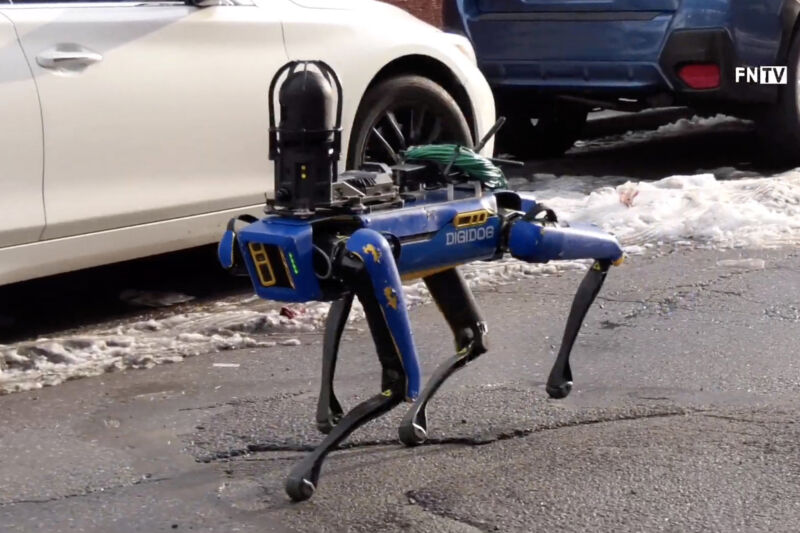 The NYPD is no longer using Digidog. The upgraded version of Boston Dynamics’ Spot – was previously used for mobile crime surveillance. Due to sharp protests from politicians and social media users, the agency has now terminated its contract with the robotics company.

Since the robot began testing last year, the NYPD Spot has been used half a dozen times, mostly as a mobile camera. That included a home invasion and hostage situation in the Bronx in February, where video was captured by Spot.

After that deployment, concerns were raised that the robot could be used for mass surveillance or future armed robotic police systems.

New York Assemblywoman Alexandria Ocasio-Cortez (D) expressed concern that Spot could be used to police low-income communities of color. She argued that funding for Spot (a $94K contract) should instead go to schools and other areas.

As a result of that request, Spot’s lease was terminated April 22, four months ahead of schedule. NYPD spokesman John Miller criticized citizens for “using buzzwords that give the impression that only evil can be expected from Spot. The end of Spot’s use was thus the result of “bad information and cheap sound bytes.”

Zuckerberg: we continue to invest in AR and VR