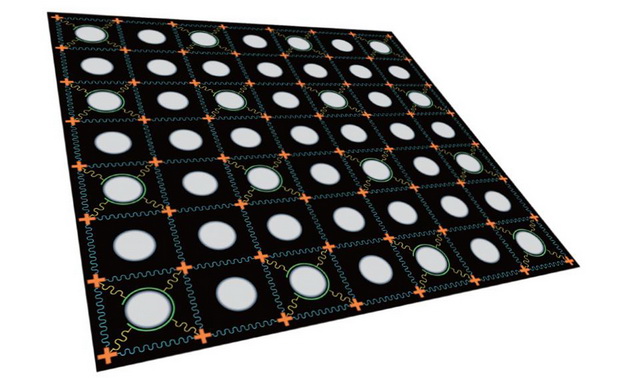 A Chinese research team has successfully designed a programmable superconducting quantum processor with 62 qubits and named it after the famous 5th-century Chinese mathematician and astronomer Zu Chongzhi. The computer contains the largest number of superconducting qubits in the world to date and achieved two-dimensional programmable quantum walks on the system. Experts consider it an important milestone in the field, saying the study takes a major step forward in the possibility of universal quantum computing through a two-dimensional quantum walk.
The study was conducted by a team of researchers from the University of Science and Technology of China (USTC) and recently published in the journal Science,.
In the study, the team designed and fabricated an 8×8 two-dimensional square superconducting qubit array consisting of 62 functional qubits and used this device to demonstrate high fidelity single and two particle quantum walks, according to the team.
Such a device can achieve universal quantum computing. Thus, any computational task can be solved, said Yuan Lanfeng, a research associate at USTC’s Hefei National Laboratory for Physical Sciences at the Microscale. “It’s like one or two particles moving randomly on an 8×8 chessboard. Such random quantum walks can accomplish anything quantum computers can do, which is amazing,” he said.
The development of quantum computers is among the greatest challenges facing scientists in the world. Top researchers in the U.S. and China, in particular, are in fierce competition.
In the U.S., Google is ahead in this field. The search engine giant unveiled a 53-qubit programmable superconducting processor called Sycamore in October 2019, claiming “quantum superiority.”

Background:
Quantum computers have super-fast parallel computing power and promise to exponentially accelerate the capabilities of classical computers in solving important social and economic problems such as cryptography, Big Data optimization, materials design and drug analysis through specific algorithms.
Superconducting quantum computing is one of the most promising candidates for scalable quantum computing. Its core goal is to synchronously increase the number of integrated qubits and improve the performance of superconducting qubits to achieve an exponential acceleration in the processing speed of specific problems and eventually apply it in practice.
For example, the new Zu Chongzhi superconducting quantum computer can be used in transportation planning, enabling comprehensive optimization of traffic flows in a city, Yuan said. In the field of pharmaceuticals, it finds the most promising combination of drug molecules among all available drug molecule candidates.