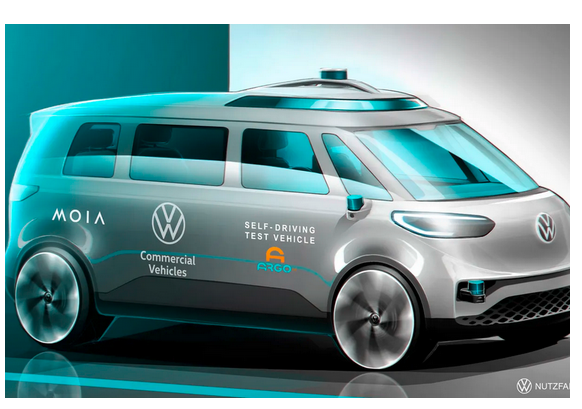 Volkswagen plans to begin testing its self-driving Argo AI minibus in Germany this summer. The Wolfsburg-based company plans to bring the retro-style microbus, which can drive autonomously under certain conditions, to market by 2025.

VW notes that its I.D. BUZZ models will have Level 4 autonomy, in which the vehicle can operate in self-driving mode but is restricted to limited areas under certain conditions. The driver is not required to take control.

The vans will be equipped with self-driving technology from Argo AI, a Pittsburgh-based startup backed by both VW and Ford. Initial testing of the vans will begin in Munich, Germany, and will involve transporting people and goods.

Argo is also testing its self-driving technology with Ford vehicles in several cities in the United States. Recently, the company unveiled a new long-range lidar sensor that could support commercial deployment of self-driving vehicles.

Systems such as General Motors’ Super Cruise and Tesla’s Autopilot are considered Level 2, meaning they have sensors, cameras and radar to drive autonomously, but still require a driver to monitor the vehicle.

Argo has raised $3.6 billion since its founding in 2016. The company was co-founded by Bryan Salesky, who worked in Google’s self-driving car division (which became Waymo), and Peter Rander, a former employee of Uber’s autonomous vehicle division.