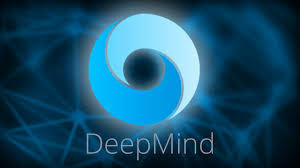 Alphabet has rejected a request by its AI research lab DeepMind to become more independent, the Wall Street Journal reports.

Google’s parent company rejected the idea of nonprofit legal status for DeepMind as it continues to cover the brain trust’s losses.

In 2010, Demis Hassabis, Mustafa Suleyman and Shane Legg founded DeepMind, a London-based lab known for its research and breakthroughs in AI. Four years later, Alphabet acquired the lab for ~$600M.

Last year, it was revealed that Alphabet had to write off $1.5B in debt DeepMind for the unprofitable DeepMind.

The idea of giving the lab non-profit status did not find enough supporters. In a video call, Demis Hassabis confirmed that talks about an autonomous corporate structure were unsuccessful.

A spokesman cited Deepmind’s recent projects, including its high-profile breakthrough in protein folding and improving the predictability of wind power, as evidence of the company’s success. Google CEO Sundar Pichai had emphasized earlier this year that he was pleased with DeepMind’s progress to date.