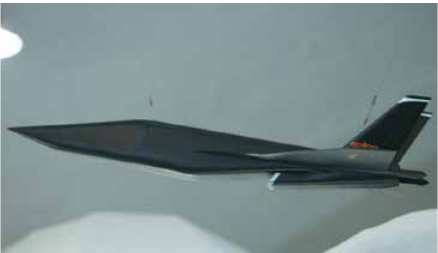 Researcher Han Guilai of the Chinese Academy of Sciences pointed out in an online presentation that the JF-22 wind tunnel in Beijing’s Huairou district is capable of simulating flights at up to 10 km per second – 30 times the speed of sound. Combined with an existing facility, also in Beijing, this would put China “about 20 to 30 years ahead of the West.”

Han commented that the surface of an aircraft flying at such a speed could reach 10,000 degrees Celsius – hot enough to break air molecules into atoms and even give some of them an electric charge. “This air is no longer the air we breathe,” Han says. “The flying vehicle we are studying is like swimming in mud.”

Han also said the power generated by the JF-22 wind tunnel would reach 15 gigawatts – nearly 70 percent of the installed capacity of the world’s largest hydropower plant, Three Gorges Dam, in China’s southwestern Sichuan province, or more than seven times that of the Hoover Dam in Nevada.

Background: China has made huge investments in developing hypersonic flight technology in fierce competition with the West. This is with the goal of landing anywhere in the world in one to two hours. At the same time, this would also cut the cost of space launches by more than 90 percent, putting space travel within reach.

Experiments with supersonic speeds began in the West in the late 1940s, and U.S. pilot William John Knight briefly reached Mach 6.7 in a rocket-powered X-15 test aircraft in the 1960s.

Despite the early beginnings, Western countries still have no combat-capable hypersonic weapon, while none of their missile defense systems could intercept such high-speed objects from China or Russia.

China has already deployed numerous types of hypersonic weapons in recent years, with the number of test flights conducted in one year equaling a decade of testing in the United States.

Chinese hypersonic test flights have recorded unusually high success rates and no reported crashes. In 2019, Chinese space authorities conducted a secret experiment with a presumed prototype spacecraft that can take off and land at an ordinary airport. Researchers have also revealed details of hypersonic engine designs in domestic journals that are not seen anywhere else in the world.

Part of China’s hypersonic success is due to the unique technology used in its wind tunnels. Unlike facilities in other countries – which use mechanical compressors to create a high-velocity air stream – the JF-22 uses chemical explosions.

When the tunnel ignites, its fuel burns at a rate 100 million times faster than that of a gas stove, creating shock waves similar to those experienced by aircraft during hypervelocity at high altitudes. According to Han, each aircraft or weapon model must “pass about 10,000 tests in the tunnel” before it goes into production.

LENS II, the most advanced wind tunnel in the U.S., has simulated flights up to Mach 7, with the simulation taking 30 milliseconds. By contrast, the JF-22’s average run time could reach 130 milliseconds, with a much higher top speed, Han said.