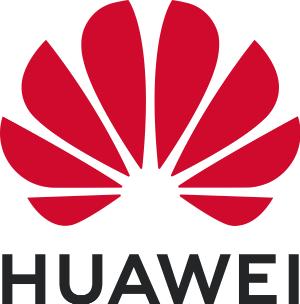 Two days ago, Huawei unveiled its long-announced homegrown operating system, HarmonyOS 2. What are the chances for a comeback in the West?

It is not a copy of Android or IOS. Huawei experts describe it as a “next-generation operating system for smart devices.” In other words, it’s already fit for the Internet of Things. All mobile wearable and smart home devices, as well as in-car infotainment systems, can be operated with it because all things share a common language. Users can thus enjoy smooth and secure connections.

– A movie can be projected from the smartphone to the TV with a single swipe of the smartscreen icon.

– Apps can be moved back and forth between different devices at will. Installation on each of these devices is not necessary, because all functions and services are available on each connected device.

Huawei estimates that the number of HarmonyOS-equipped devices will reach 300 million by the end of 2021, including more than 200 million devices from Huawei. Richard Yu, CEO of the Consumer Business Group reasons, “We are surrounded by more and more smart devices these days and are in a world where all things are connected.”

Wang Chenglu, president of the software division, adds, “The problem with existing operating systems is that devices can’t be connected easily.” Users often have to download separate apps first to do so. “But with Harmony, devices can be connected into one super device. It will work as one file system, literally as one device.”

Industry insiders say the system’s success will depend largely on whether it can attract enough hardware and software developers to join the HarmonyOS ecosystem within a short window of time. Huawei is also aware of this. For Huawei’s Consumer Business Group, the near-term market share target for the HarmonyOS ecosystem is 16 percent. “Sixteen percent is a threshold for the ecosystem of an operating system to develop successfully. It is a threshold that Huawei needs to cross,” Wang said.

Chinese industries including home appliances, sports and fitness, travel, entertainment and education have welcomed the launch of HarmonyOS. In May, Midea Group, a leading Chinese home appliance maker, announced it would launch about 200 new products with HarmonyOS by the end of this year.

Wang believes the smartphone market has reached saturation. Smartphones would remain the dominant device in people’s lives, mainly because most developers have few other platforms to develop for. Instead, there is a need for a system that bridges the gap between devices, Wang said.

Wang said he would welcome other smartphone makers adopting HarmonyOS, but added that Huawei sees greater opportunities in working with makers of other devices.

Will Wong, a research manager at International Data Corporation, has a similar view. He said it is not imperative for Huawei to have other smartphone makers adopt HarmonyOS. “But for Huawei to achieve its goals, it will be important to get other electronics brands and even automakers on board for the OS. China offers a favorable market ecosystem to achieve this goal.”

WuDao 2.0 now No. 1 in generating text and speech