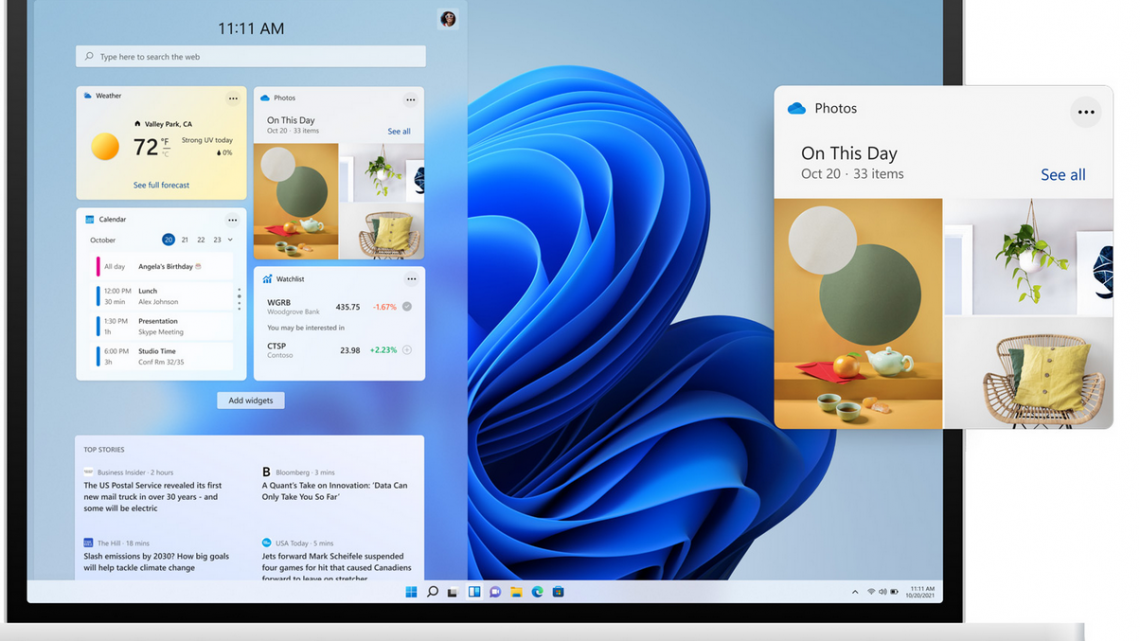 The presentation of Windows 11 by company boss Satya Nadella did not exactly trigger applause. Even a leaked version was heavily criticized. What this operating system obviously lacks is a visionary design. Nevertheless, Windows is by far the most widespread operating system with a market share of 74 percent (May 2021). Windows 10 has replaced almost all previous versions in the process.

Nadella’s central message elicited more of a yawn: The world needs a more open platform today. The manager was referring to the possibility of installing programs from different sources in the future. Their names? IOS and Android.

The next messages were almost lost: The new operating system should focus on improving security and making work from greater distances easier and more intuitive.

Bundling Teams with Windows 11 could face resistance. Rival Slack had already protested to the EU Commission a year ago over the bundling of Teams with Office office programs. With the embedding into the operating system, Microsoft now goes one step further and claims that both competitors – i.e. Slack and Zoom – will also benefit from all the new features of Windows 11.

It remains to be mentioned that Windows 11 will probably include a redesigned user interface and a “Start menu” with rounded edges, as well as a new Windows Store.

Microsoft has already responded to criticism about the operating system’s minimum requirements. Initially, it said that only processors from Intel’s Coffee Lake series and AMD’s Zen 2 series would be compatible with Windows 11, as only they would meet the necessary security standard. But the consequence would be: Only two-year-old PCs would meet these conditions.
As of today, the new Windows can be installed. With the release of the test version, Microsoft has also lowered the system requirements. Because pre-release versions almost always contain bugs, they should never be used on computers that are in daily use. Therefore, Windows 11 is not expected to be released to all users until October.