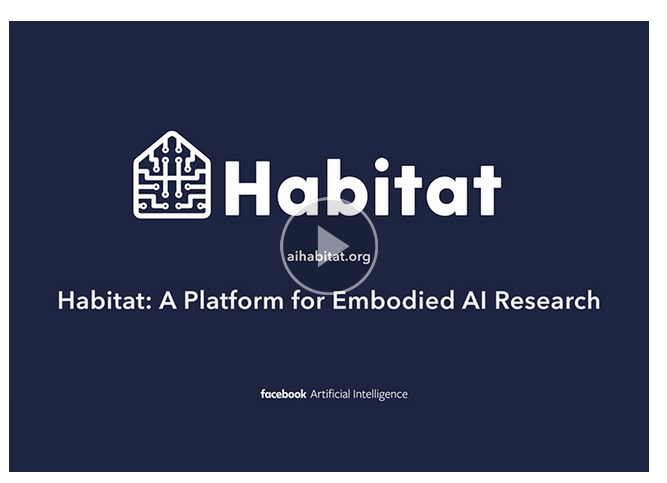 Facebook announced Habitat 2.0, its next-generation simulation platform. It is designed to teach machines how to navigate photorealistic 3D virtual environments and interact with objects in homes.

The release also extends the photorealistic virtual building for AI model training released by Facebook’s AI Lab FAIR 2019. Habitat 2.0 relies on “embodied AI.” These are AI models that can interact with the real world. Thus, they support robotic research,because it can train activities such as loading a dishwasher, filling a refrigerator and fetching household items, opening doors and closing drawers.

Habitat focuses on “embodied AI,” AI models that can interact with the real world. To train them, Facebook has developed photo-realistic virtual environments in which the models can navigate and perform that to apply that knowledge to real-world applications.

According to FAIR, Habitat 2.0 is now the “fastest publicly available simulator” in this genre available to AI researchers.

FAIR previously announced that the Habitat-trained agent is capable of navigating unfamiliar environments without a map. FAIR released Habitat as an open source project in June 2019.