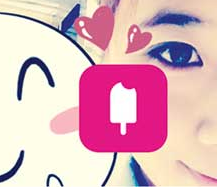 Chinese AI chatbot company Xiaoice has received $77 million in a Series A funding round at a valuation of $1 billion. The Microsoft spinoff plans to use the money to develop its products and expand its app business in China and Japan.

Xiaoice, pronounced “Shao-ice” and translated as “little Bing,” is an empathetic conversation tool and personal assistant.

With more than 660 million users, it is considered the world’s most popular social chatbot and is described as more emotional than voice assistants like Alexa or Siri. Xiaoice sells voice and text technology for use in 450 million smart devices, including digital assistants, consumer electronics and systems in cars.

Microsoft spun off Xiaoice as a separate company last year, but retained an unspecified stake in the company. The company did not give a date for its planned IPO.