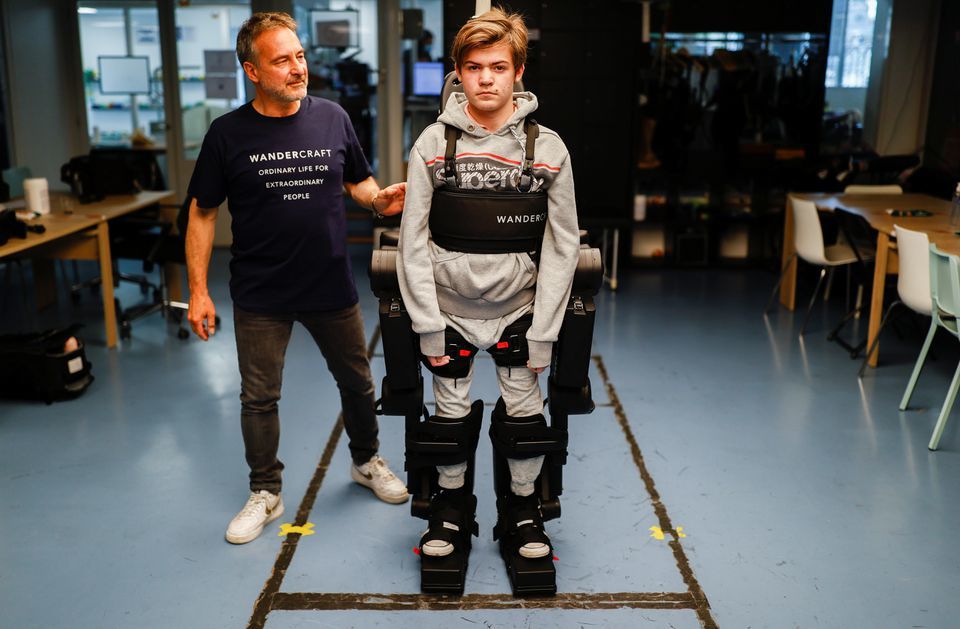 French robotics engineer Jean-Louis Constanza has built a robotic exoskeleton for his 16-year-old son Oscar. The exoskeleton allows Oscar, who is in a wheelchair, to walk upright for a few hours a day.

Oscar’s neurological condition prevents his nerves from sending enough signals to move his legs. Oscar activates the exoskeleton by saying, “Robot, get up.” The robot then walks for him.

The robot was developed using an exoskeleton from Wandercraft, a company co-founded by Jean-Louis Constanza in 2012. The exoskeleton is used in dozens of hospitals in France, Luxembourg and the U.S. and costs about $176,000.

The robot is not yet available for daily public use, but Jean-Louis’ goal is that “in ten years, there will be no wheelchairs, or many fewer.”

Cassie runs away from everyone