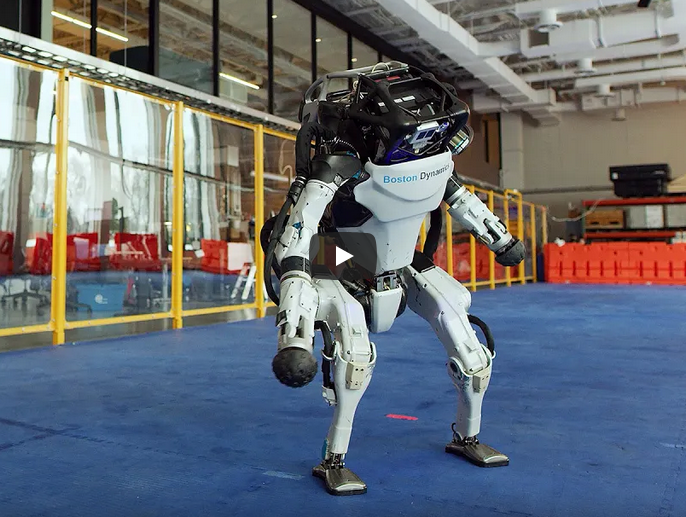 With a new video showing Boston Dynamics’ Atlas robot, with greatly enhanced capabilities for its agility, the robotics company, which is part of Hyundai, is drawing attention to itself.

In one video, the robot demonstrates backflips and jumps. It also completes several parkours. According to Dynamics, the key is that the programmed portion of the humanoid robot’s new activities and capabilities has decreased, while the adaptation of behavior to what they see has increased.

In the routine, which was still choreographed, two Atlas robots jump over chasms and beams and coordinate a backflip. The bipedal and battery-powered robots are about 5 feet tall and weigh 190 pounds.

Originally developed for search and rescue purposes, Atlas was first introduced to the public in 2013 and is now being used as a research and development tool to improve robotic control and perception systems.

Boston is researching how to push Atlas to its limits so engineers can learn “how to build robots that can survive a fall and get back up again,” said Benjamin Stephens, Atlas control manager.