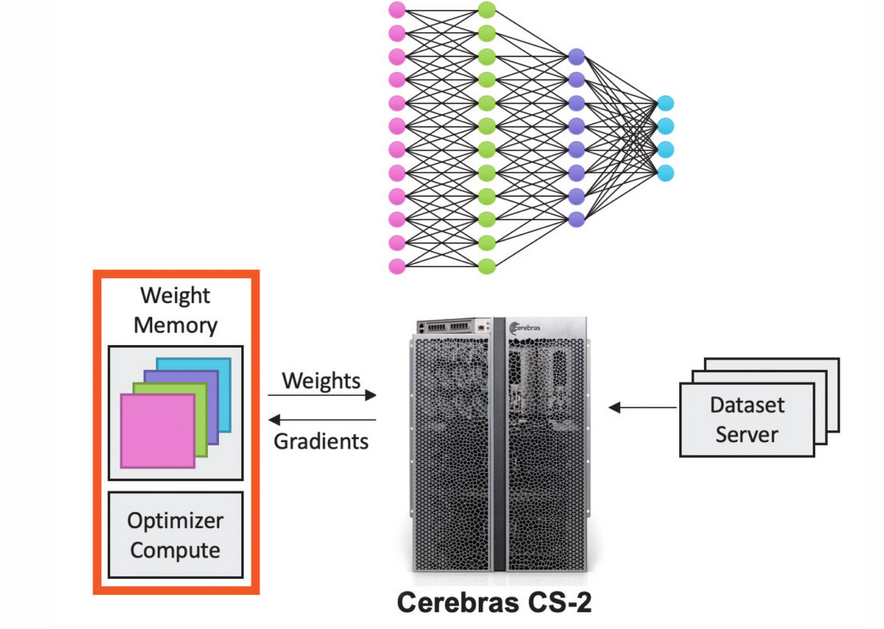 AI chipmaker Cerebras Systems announced that its hardware can support a neural network with 120 trillion parameters – 100 times what is available today. The startup unveiled a new architecture that supports AI models larger than the human brain, which has about 100 trillion synapses.

Cerebras has laid the groundwork for a “monumental leap in the scale and potential of AI models,” TechRadar reports. Cerebras’ CS-2 computer is designed to rapidly train larger neural networks. The CS-2’s processor is the Wafer Scale Engine (WSE-2), the fastest AI processor and largest computer chip ever built.

With the introduction of new technologies called Weight Streaming and MemoryX, a single CS-2 can now train a neural network with up to 120 trillion parameters. More parameters means a more sophisticated AI model.

The largest graphics processor, by comparison, has 54 billion transistors. They “typically reach a maximum of 1 trillion parameters.” Most of today’s largest AI models are powered by GPU clusters.

Cerebras also showcased its SwarmX hardware, which allows up to 192 CS-2s to work in tandem on a network, speeding up AI training.

The Silicon Valley-based startup has raised $475 million so far. It has already signed deals with GlaxoSmithKline and AstraZeneca, which are using its chips to research new drugs.