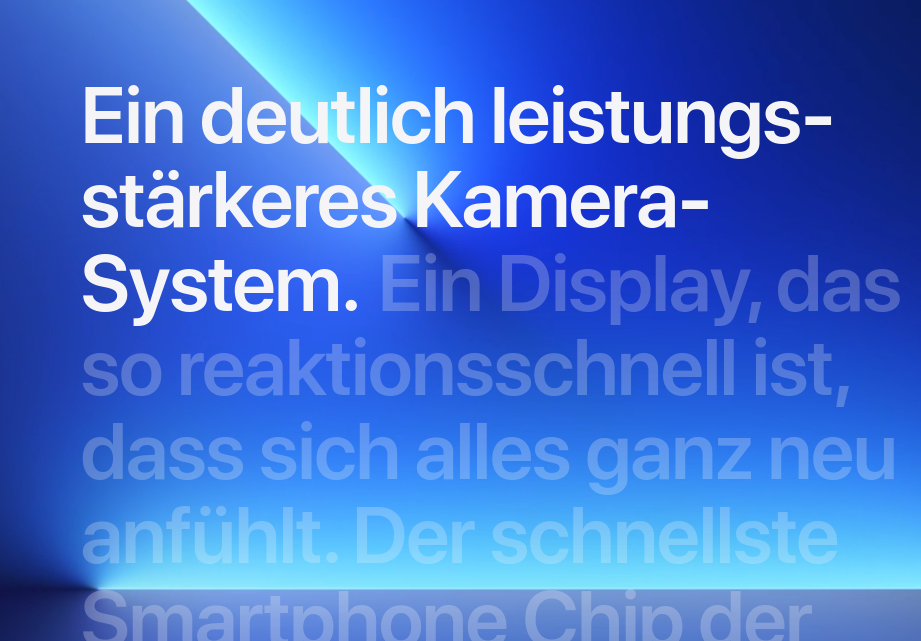 Apple: Have fun with the cinematic video mode

Apple: Have fun with the cinematic video mode

The “Cinematic” video mode probably received the most attention. We know this: our family members have finally lined up, but at the last moment the main person scurries into another position. Don’t worry- the Apple software focuses the lens to the new position in a flash, and in sharp focus. Normally, you would only see a blurred background. Whether Tim Cook, Apple’s CEO, was exaggerating when he called this the “biggest advancement in the camera system yet” remains to be seen.

It remains to mention that Apple’s new A15 processors are said to be clearly superior to the competition: they are 50% faster than the competition ,it was said at the presentation.

There were no “breathtaking technical innovations” was heard.

Augmented reality features were still missing. Yes, some were not quite clear how to charge the new iphones. Lightning or USB-C?

China: regulators call for Alipay to be split up