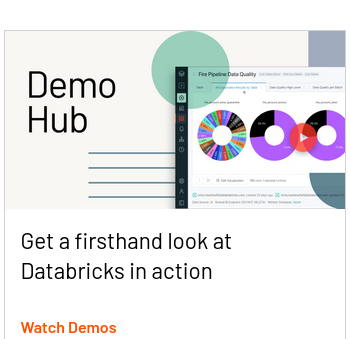 AI data analytics platform Databricks is now the fourth largest venture-backed and privately held company in the U.S. following its massive $1.6 billion funding round. Amazon, Microsoft and Alphabet have all increased their investments in the cloud software company, which is known for its data “lakehouse” model.

Databricks sells software that allows companies to analyze their data at various cloud providers. The company is now valued at $38 billion, up 35% since February. Annual recurring revenue of $600 million is up 75% in the last year. The company is on track to reach at least $1 billion in revenue in 2022.

Companies like Databricks are tackling big data, which can help organizations more easily prepare their machine learning projects. Scalable cloud services allow companies to collect large amounts of data without having to invest upfront in IT infrastructure and teams.

Databricks’ competitors include Snowflake ($97 billion), which completed its largest software IPO ever last September, and C3.ai, which raised $651 million in its December IPO.

The BiG Four increasingly develop their own chips