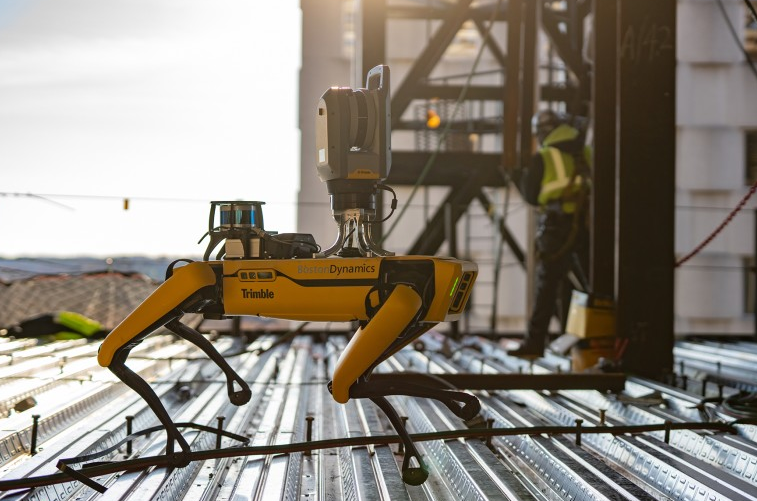 Top news from the robot world:

Top news from the robot world:

Boston Dynamics: With the new update 3.0, Boston Dynamics has considerably expanded the capabilities of the robot “Spot”. These include autonomy, camera tricks and cloud compatibility. One outstanding achievement is undoubtedly that the four-legged robot can perform inspections on its own at industrial sites, collecting its own data without human assistance.

Spots with Release 3.0 are also able to reschedule their routes if they encounter an unanticipated obstacle. Furthermore, Boston Dynamics engineers have improved the Autowalk feature. This feature was created to allow the bot to remember paths for inspections in factories, mines and construction sites.

During Autowalk, Spot can now take photos from the same angle and send them to the device or to the cloud for ML processing.

Olympus Mons: A Barcelona-based team has won the grand prize in NASA’s Space Robotics Challenge, which aims to develop new autonomous robotics for space exploration. The team, Olympus Mons, received $185,000 for its six coordinated rovers that can search for, excavate and transport resources on planetary objects.

Each team programmed autonomous robotic systems that were tested in a simulated lunar environment. The robots were tasked with finding and delivering materials to a designated base.

NASA hopes the innovations will help improve future robots that can help extract resources such as oxygen before humans arrive on the moon and Mars.

Sarcos Robotics: Sarcos Robotics, a maker of robotic exoskeletons, has gone public through a reverse merger with a special purpose acquisition company (SPAC). The $260 million merger will allow Sarcos to begin selling its robotic suits for manufacturing and logistics by the end of 2022.

These robotic systems are designed for non-repetitive tasks to help industrial and military workers lift heavy objects and increase productivity. However, the exoskeletons will not be available for purchase until 2022.

Commenting on the funding situation, Sarcos, a former Raytheon subsidiary, said the capital raised will allow the company to bypass future funding rounds. As a result, the company can prepare to launch its first commercial devices next year, it said.