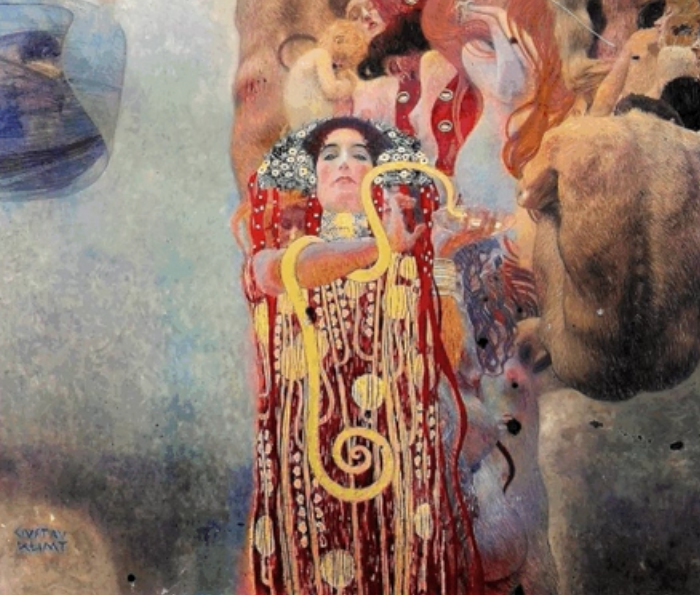 Google has used AI technology to colorize three Gustav Klimt paintings. Historians believe the so-called “faculty paintings” were destroyed in 1945 in a fire deliberately set by the Nazis.

After the fire, only black-and-white photographs and newspaper accounts of the paintings remained.

Google researchers developed an algorithm to colorize the three paintings in a way that they believed accurately represented the originals.

The algorithm was trained using more than 1 million real paintings, works by other artists, and full-color reproductions of other Klimt paintings. The images generated using ML could be “the closest thing to a complete image of these lost paintings,” ARTnews writes.

The works, “Medicine,” “Philosophy” and “Jurisprudence,” were commissioned by the University of Vienna and sold to a private buyer before being lost in a castle occupied and burned down by the Nazis.