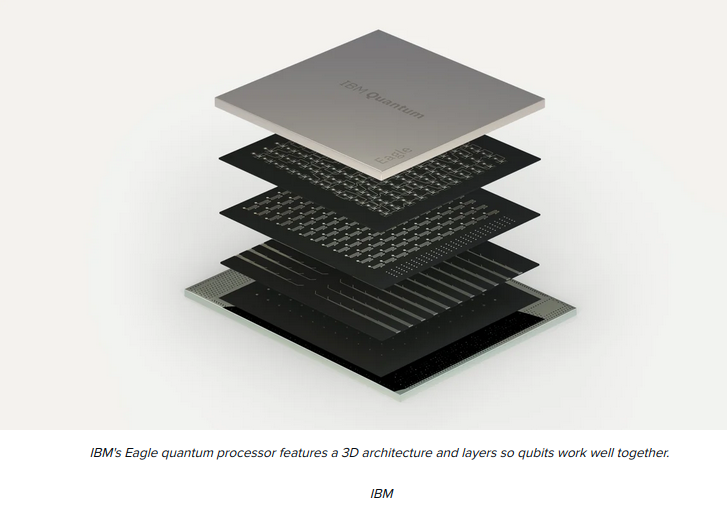 IBM has unveiled Eagle, its largest quantum processor to date, with 127 quantum bits. According to the company, Eagle cannot be simulated on a conventional computer, which means it is “more powerful than anything else,” according to CEO Arvind Krishna.

Information in quantum computers is represented by quantum bits, or qubits, that are “entangled” with other bits in the processor. In classical computers, bits must be either 1 or 0, while qubits can be both at the same time.

IBM has announced it will make Eagle available next month as a test system in its cloud for some members of its IBM Quantum Network. IBM is currently working on an “Osprey” chip with 433 qubits and a “Condor” chip with 1,121 qubits, and aims to develop a quantum computer for commercial use by the end of 2023.