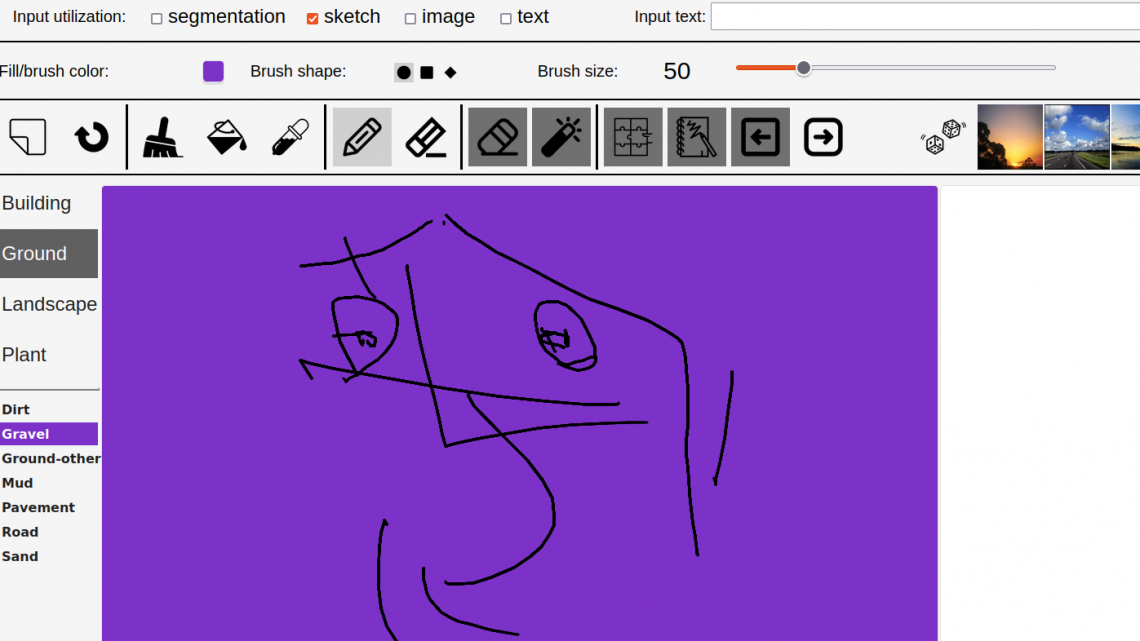 Nvidia has unveiled GauGAN2, which generates realistic-looking images from simple phrases. A successor to the GauGAN deep-learning model, the painting AI generates photorealistic scenes based on input of just a few words, changing the images as new adjectives are added.

Nvidia’s first GauGAN system, named after post-impressionist painter Paul Gauguin, was released in 2019 after being trained on more than 1 million public Flickr images. It was used to develop Nvidia’s Rapid Painting Canvas app, which is now in beta.

GauGAN2, also a GAN-based system, was trained with 10 million images. It combines “segmentation mapping, inpainting and text-to-image generation in a single model.”

The user enters a short phrase, such as “snow-covered mountain range,” and the system generates the image. The user can then create the segmentation map, which outlines the location of the objects, and optimize the scene based on their own rough sketches.

Compared to other state-of-the-art models, GauGAN2’s neural network “generates a greater variety and higher quality of images,” according to a company blog post.

Hypersonics: U.S. not as advanced as China and Russia