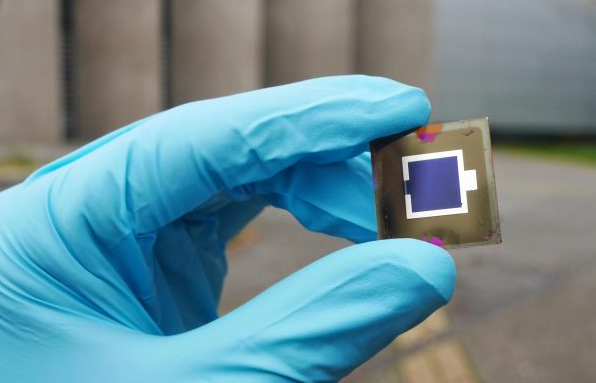 Three teams from the Helmholtz Center in Berlin (HZB) led by Professors Christiane Becker, Bernd Stannowski and Steve Albrecht have succeeded in increasing the efficiency of perovskite silicon tandem solar cells, manufactured entirely at HZB, to a new record value of 29.80 %. The value has now been officially certified and is documented in the NREL charts. This brings the 30 percent mark within reach.

Today’s solar modules are mainly made of silicon, and the possibilities for further increasing efficiency have already been largely exhausted. But since 2008, the material class of “metal halide perovskites” has become the focus of research: These semiconductor compounds convert sunlight into electrical energy very well and still offer plenty of room for improvement. In particular, they can be combined with silicon solar cells to form tandem solar cells that use sunlight much more efficiently.

At HZB, several groups have been working intensively since 2015 on both perovskite semiconductor and silicon technologies and the combination of both into innovative tandem solar cells. In January 2020, HZB had achieved a record 29.15 percent for a perovskite silicon tandem solar cell and published the work in the journal Science. Now a hot competition for the highest efficiency began.

In December 2020, Oxford PV announced a certified efficiency of 29.52 percent. “An efficiency of 30 percent is like a psychological threshold for this fascinating new technology that could revolutionize the photovoltaic industry in the near future,” explains Steve Albrecht, who works on perovskite thin films in the HySPRINT lab at HZB. Bernd Stannowski, group leader for silicon technology, added: “I would particularly like to emphasize the good cooperation between the various groups and institutes at HZB. Thus, we succeeded in developing these new tandem solar cells entirely at HZB and once again achieved a world record.”

For the new work, Dr. Philipp Tockhorn (Albrecht group) and PhD student Johannes Sutter (Becker group) investigated how nanostructures at different interfaces affect the performance of a tandem solar cell consisting of a perovskite solar cell on a silicon solar cell. First, they used a computer simulation to calculate the photocurrent density in the perovskite and silicon subcells for different geometries with and without nanotextures. Then they fabricated perovskite silicon tandem solar cells with different textures. “Even nanotexturing on one side improves light absorption and enables higher photocurrent compared to a flat reference,” Sutter says. And his colleague Tockhorn adds, “Remarkably, the nanotextures also lead to a slight improvement in the electronic quality of the tandem solar cell and to better film formation of the perovskite layers.”

Improvements were also made to the back surface of the tandem solar cell, which is designed to reflect infrared light back into the silicon absorber. “By using a dielectric reflector, we were able to use this part of the sunlight more efficiently, resulting in a higher photocurrent,” said Dr. Alexandros Cruz Bournazou (Stannowski group).

The results pave the way for further improvements. The simulations suggest that performance could be further enhanced by nanostructuring the absorber layers on both sides. The researchers are convinced that an efficiency of well over 30 % could soon be achieved.