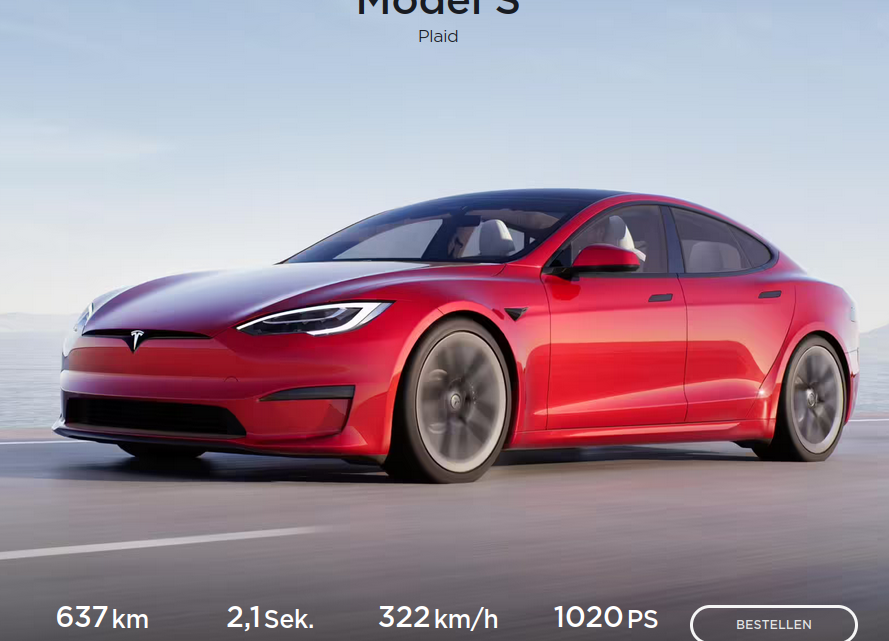 Tesla has recalled a total of 675,000 vehicles in the U.S. and China for possible problems with rearview cameras and trunk latches because of an increased risk of accidents. The recalls affect 475,000 Model 3 and Model S EVs in the U.S. and another 200,000 in China. So far, no accidents or injuries have been linked to these problems.

The first recall affects 119,000 Model S sedans in the United States. On these vehicles, the front trunk latch could be misaligned at the factory, causing the trunk to open while driving. Tesla estimates that 14% of the recalled vehicles have this problem.

Tesla shares continued to rise earlier this year after the electric carmaker reported record production and sales figures for the fourth quarter of 2021. The company delivered 308,600 vehicles worldwide during that period. That’s 70% more than the previous year. The expectations of analysts – who were expecting about 263,000 vehicles, were also exceeded . This is the sixth consecutive quarter in which Tesla has posted record vehicle deliveries. Meanwhile, the share price has dropped slightly again.

Tesla stock rose nearly 50% in 2021. The company’s market valuation surpassed $1 trillion in October after Hertz announced its order of 100,000 vehicles from the company.

Tesla plans to begin production of the Model Y crossover at its new Austin factory later this year and open a second Gigafactory in Germany around the same time. The goal set by Elon Musk is to achieve vehicle sales of 20 million per year over the next nine years.

The National Highway Traffic Safety Administration (NHTSA) is investigating a Tesla feature that allows people to play video games on the vehicle’s central touchscreen while driving. NHTSA said the gaming feature, known as Passenger Play, could distract drivers and increase the risk of accidents.

The preliminary investigation affects ~580,000 Tesla units, the S, X, Y and 3, with model years 2017-2022. Previously, Tesla only allowed gaming on the screen when the vehicles were in park mode, but now it is possible while driving.

The feature has been available in Passenger Play-equipped vehicles since December 2020. Tesla says it warns owners that play while driving is “for passengers only.”

NHTSA did not say whether the feature is linked to any accidents or injuries. In 2019, distracted driving was responsible for 3,142 traffic fatalities in the U.S.

The Council on American-Islamic Relations has called on Tesla to close its showroom in China’s northwestern Xinjiang region. Reason: China is holding members of the Uighur Muslim minority in forced internment camps. The largest Muslim organization in the U.S. said Tesla’s business was “economic support for genocide.”

The company announced it would open a sales outlet in Urumqi in late 2021. However, it is now under pressure from Alliance for American Manufacturing activists and U.S. Senator Marco Rubio. The Republican had tweeted , referring to Tesla , that “stateless companies” are helping the Chinese Communist Party “cover up genocide and slave labor in the region.”

Tesla has about 30 stores in mainland China. This market is one of the main drivers of the company’s overall growth. The electric carmaker began production in 2019 at its Tesla Gigafactory Shanghai, its first factory outside the United States.

GM, Volkswagen, and Nissan also have showrooms in Xinjiang, where Human Rights Watch estimates China has detained one million Uighur Muslims, calling it a “crime against humanity.”

In 2021, the Biden administration blacklisted several Chinese technology companies for investment for allegedly supplying technology that played a role in human rights abuses in Xinjiang.