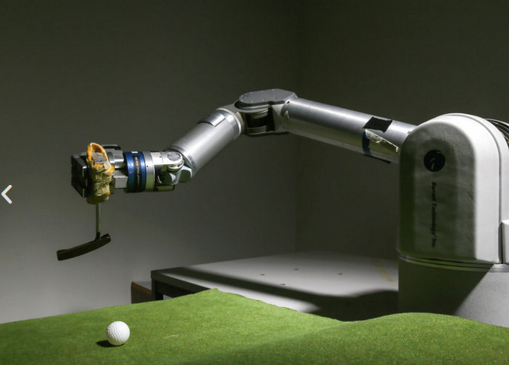 San Francisco, Jan. 6, 2022
Researchers developed a machine learning program and brain-computer interface that allows patients to control the movements of a robotic arm with their thoughts. The proof of concept could allow robots to perform tasks for quadriplegics and eventually be used to control wheelchairs.
The system uses inverse reinforcement learning, a type of AI framework based on extracting rewards from human behavior, to determine and learn what the patient wants from the robot.
An algorithm is connected to an EEG headgear that scans a person’s brain activity. When the robot makes a mistake, the patient’s brain sends out an “error signal” that is decoded in the scans. This tells the robot that the task was wrong. The error message is fed into the algorithm, and the robot goes through various actions, usually 3-5 new ones, in a trial-and-error process to determine which action is correct, learning over time.
The research was led by Aude Billard, professor at EPFL and director of the Learning Algorithms and Systems Laboratory, and José del R. Millán, professor at the University of Texas at Austin.
he study was published in the journal Communications Biology.