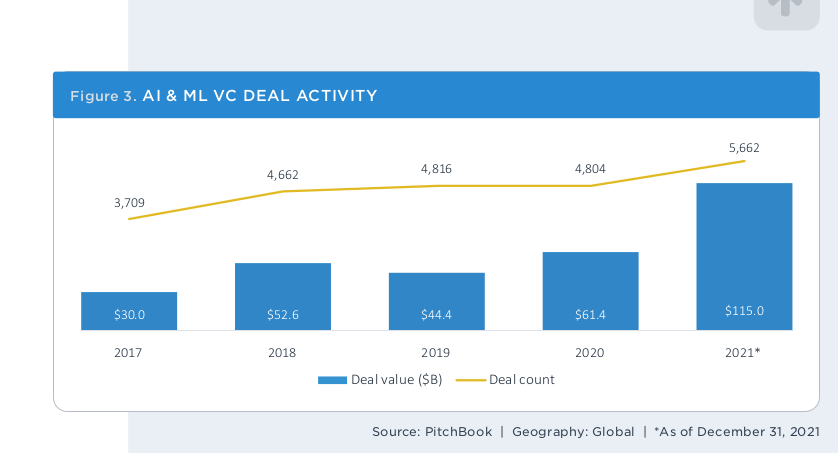 According to Pitchbook analysts, the value of venture capital deals in the AI/ML space grew 87.2% from $61.4 billion in 2020 to $115 billion in 2021, lagging overall VC funding in the software space in the US.

Moreover: muted growth was driven by only a 62.1% increase in deal value in Asia and greater investor interest in Web3 and distributed funding.

In Q3, the top performing VC investors invested more than 6x their early stage and seed deal volume in Web3 and DeFi) rather than AI and ML.

While funding growth was dampened by the hype around Web3 and blockchain technologies, AI/ML saw record-breaking exit activity. A total value of $208.9 billion was raised in 475 exits. The latter figure represents a 79.9% year-over-year increase, while the former was driven by several “decacorn” exits.