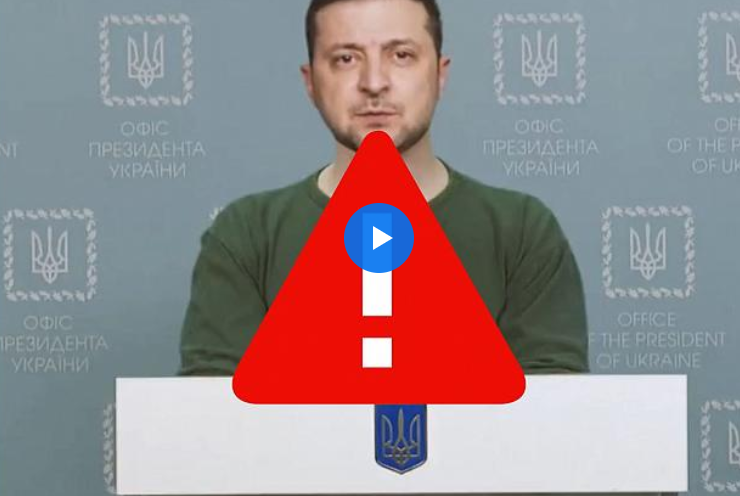 Deepfake of Zelenskyy: “Surrender to the Russians”.

Deepfake of Zelenskyy: “Surrender to the Russians”.

A digitally manipulated deepfake video of Ukrainian President Volodymyr Zelenskyy is the first to be used in a “deliberate and largely misleading manner,” according to Sam Gregory of Witness, a human rights and technology group.

The video circulating on social media shows a version of Zelenskyy edited by an artificial intelligence, calling on Ukrainian citizens to surrender to Russia.

Hackers broke into the national news channel to broadcast the clip on Ukraine 24 television. It later surfaced on social media platforms such as Facebook, Twitter and YouTube, which have since removed it.

According to Gregory, the deepfake is not particularly well done, and Ukraine has done a masterful job of quickly disproving its legitimacy. Zelenskyy himself responded with a video in which he called the deepfake a “childish provocation.” The video, circulated on Instagram and Telegram, received more than 8 million views.

Earlier in March, the Ukrainian Center for Strategic Communications and Information Security had already indicated that Russia could use deepfake technology to create a video of Zelenskyy surrendering.