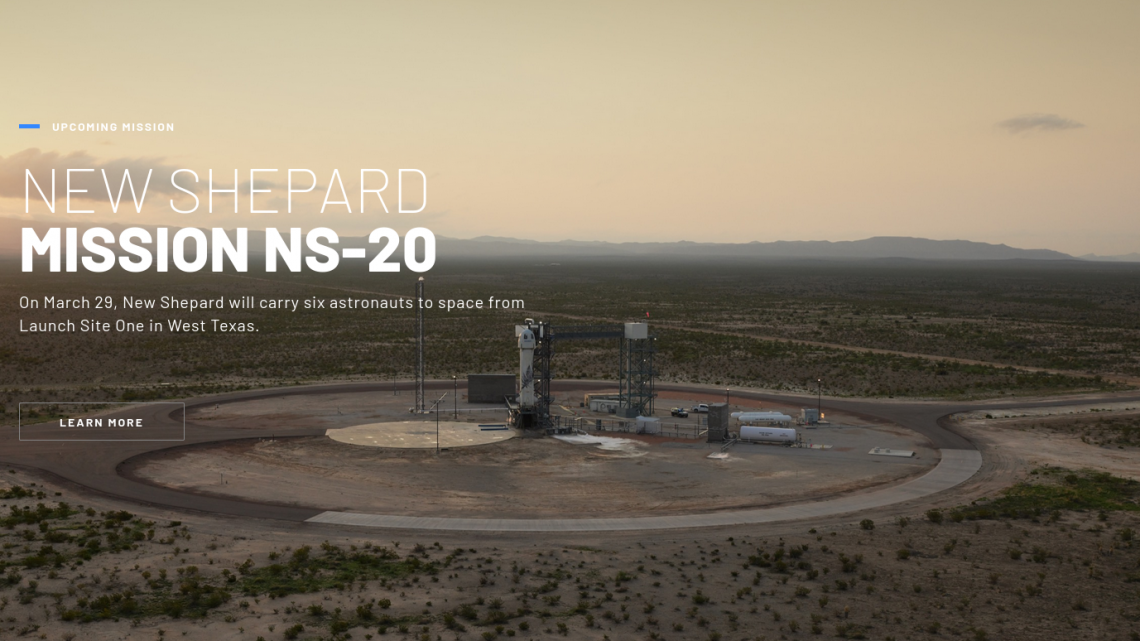 Jeff Bezos’ Blue Origin company has announced that it will postpone its upcoming manned spaceflight by one week to March 29.

The company also announced that Pete Davidson will not be among the passengers traveling to the edge of space on Blue Origin’s rocket.

The Saturday Night Live performer was originally selected as the “guest of honor” for the flight. The company did not disclose the reason for Davidson’s exit or the reason for the launch delay of its New Shepard suborbital rocket.

The NS-20 mission will be the fourth manned space tourism flight for Blue Origin. Previously, prominent passengers such as William Shatner, Michael Strahan and Bezos himself have been aboard, making the first crewed flight to the edge of space in July.