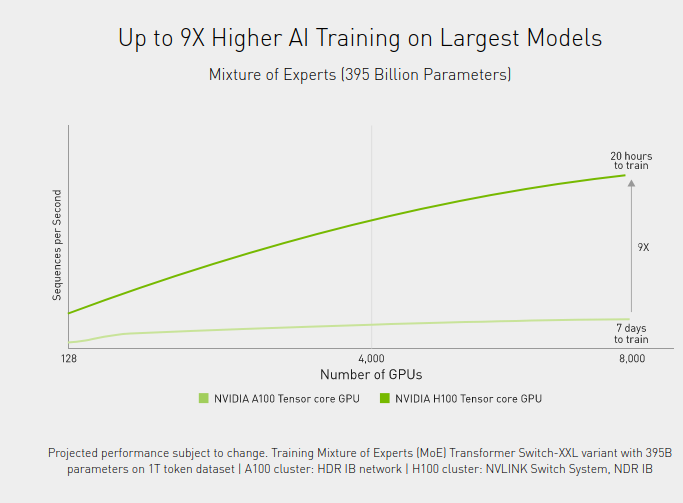 The first chip is the Hopper H100 GPU, a successor to the Ampere A100, which has been used to train AI systems in areas such as language translation, self-driving cars and image recognition. The H100, which is expected to launch in the third quarter, can help reduce compute times for some AI training from weeks to days.

Huang said customers will be able to connect up to 256 H100 chips together to create “basically one stunning GPU.” The H100 will also be used in Nvidia’s new “Eos” supercomputer. Nvidia expects to use it to have the

fastest AI system in the world.

Nvidia also announced the Grace CPU superchip. This is a data center CPU for AI and other high-performance computing tasks. Grace is based on Arm technology and combines two CPU chips with Nvidia’s NVLink C2C technology. It is scheduled for market launch in the first half of 2023.