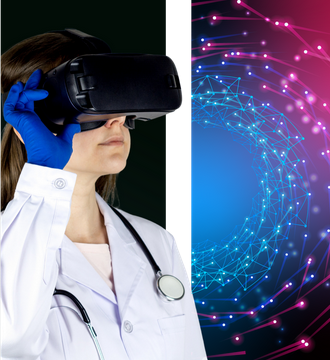 Conception X’s model effectively accelerates commercialization by working directly with PhD students to help them develop entrepreneurial skills and a business plan while they are still at university, without having to stop their studies.

In the UK, PhD students often own their intellectual property – especially when it comes to software that cannot be patented. They also do not have to turn to their university’s technology transfer office if they want to start a business based on their research. Even in cases where technology transfer offices are involved, discussions are usually much more productive and move forward more quickly when the student founder has a concrete plan for a product.

Similar initiatives, regardless of where they are launched, can help lead Europe’s next wave of deep tech innovation, exporting technologies and startups far beyond where they were first conceived.

Conception X’s startup Sephri Solutions, which has developed the world’s first human-sized robot with visual and haptic perception for social interaction, is one such example. The company is based on research conducted at the Max Planck ETH Center for Learning Systems, a joint academic program of ETH Zurich and the Max Planck Society. The final product is a complex combination of next-generation hardware and software, including machine learning algorithms that teach robots to act on user preferences, behavioral algorithms that help robots respond naturally to interactions with users, depth perception devices that inform movement, an inflatable sensor torso, and more. Initial tests have already shown that the robot’s interactions with users – which for now are limited to hugs – can positively affect their health.

The startup Kapacity was co-founded by a PhD student at Loughborough University. It researches intelligent algorithms for demand management. Currently, the team has developed AI-powered cloud software to optimize energy consumption in commercial buildings and, according to initial pilot tests, can reduce electricity costs by 25% and CO2 emissions by 10%.

Europe’s universities are incubators of inventors

These examples suggest that the future of innovation in Europe will come from its world-leading universities. They are not only educational and research institutions, but also incubators for inventors and founders with a vision of technology for good.

In 2018, Leonard Wossnig, a German PhD student in theoretical computer science at University College London, participated in a pilot program that helps aspiring student founders turn their research into deep-tech startups. With a team of researchers at the intersection of artificial intelligence, machine learning and quantum computing, Wossnig founded the quantum startup Rahko. It can predict drug behavior.

In 2019, the early-stage startup closed a £1.3 million seed round led by Balderton Capital, which recognized the team’s “unique approaches to unlocking quantum discovery for chemical simulations,” and became the only European seed partner of the Amazon Quantum Solutions Lab. In 2020, the company secured partnerships with some of the world’s largest pharmaceutical companies, including Merck.

While not every team follows the same path as Rahko, many receive grants and venture capital, build lasting partnerships, and become tomorrow’s technology leaders; some change paths and join new startups as technical co-founders; others return to the lab with a new focus, working on research that could change the world in a few decades.

The attraction is obvious: top PhDs are promising startup founders: they are used to dealing with failure when conducting experiments in their labs and know the value of perseverance. Their products are based on years of deep research that gives them the confidence to keep working on technologies that often have no application today but will be ubiquitous in a few years. Some of today’s leading technology companies were founded by yesterday’s PhDs – think Larry Page and Sergey Brin of Google, Demis Hassabis and Shane Legg of DeepMind, or Sarah Gilbert of Vaccitech.

Concepcion X is a program that turns PhD researchers into risk scientists.

It helps them tackle major industrial challenges and launch startups. Venture Scientists are researchers specially trained in entrepreneurial skills to tackle the problems of tomorrow.