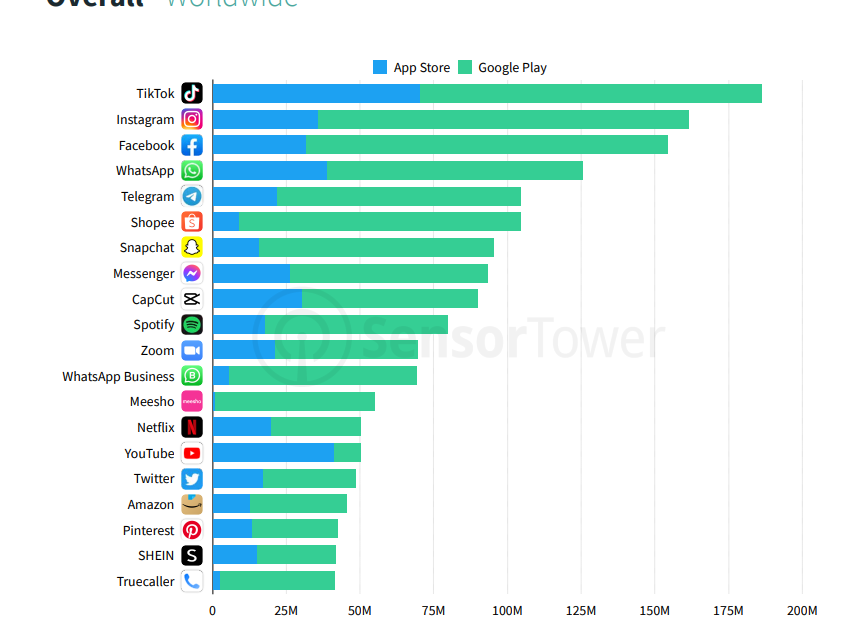 According to a report from Sensor Tower, TikTok was the world’s most downloaded app last quarter, overtaking Instagram.

TikTok is the fifth app ever – and the only one not owned by Meta – to surpass the 3.5 billion downloads mark in history. No app has had more global downloads than WhatsApp since 2018, according to Sensor Tower. In the first quarter of 2022, TikTok was downloaded more than 175 million times worldwide. Instagram, the most downloaded app to date, reached 151 million downloads. Facebook was in third place, followed by WhatsApp and Telegram.

A separate report from Conviva examined the fastest-growing brands on TikTok over the past year. Two English Premier League teams, Tottenham Hotspur and Manchester United, gained the most followers during that time, followed by Netflix, ESPN and Guinness World Records.