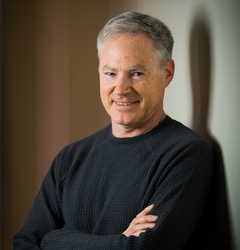 According to AI experts from Google, Microsoft and Georgetown University, the U.S. remains ahead of its artificial intelligence (AI) adversaries, but could be at risk of losing ground to China. On Tuesday, the experts briefed lawmakers on the applications of AI in cyberspace during a hearing of the Senate Subcommittee on Cyber Affairs.

Lohn told lawmakers that the U.S. is the innovation leader in AI and has companies that have a “big head start.” China, however, has made progress, he said.

Horvitz agreed that the U.S. leads in science, but “these days, technological advances spread around the world like lightning.” Similarly, Moore said that while the U.S. is a leader in artificial intelligence, it is “losing ground.” He expressed the greatest concerns about organizational structures and management, which will require changes for massive and superhuman automation.

The experts and lawmakers also discussed the use of AI at the Pentagon, which some critics say has been too slow to adopt AI. America’s adversaries “will use AI against us, so we need to use AI to defend against them,” said Sen. Mike Rounds (R-S.D.).

Moore complimented the new Pentagon Office of Digital and Artificial Intelligence and its new head, former Lyft machine learning expert Craig Martell. A “centralized effort to develop an artificial intelligence strategy for the entire Department of Defense will lead to success,” Moore said.