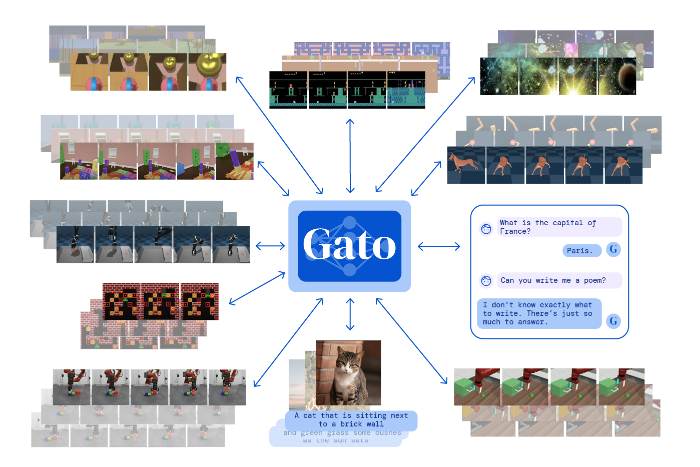 DeepMind has trained a general-purpose AI system to perform more than 600 tasks, from chatting to playing Atari games and labeling pictures to stacking blocks with a robotic arm.

The system, called Gato, is a step forward on the road to artificial general intelligence (AGI). The hypothetical concept refers to AI software having cognitive abilities generally equivalent to those of humans and being able to perform any task that a human can.

Gato, a “single generalist agent,” was inspired by advances in large-scale language modeling, but can generate more than text, according to DeepMind.

The system is a “multi-modal, multi-tasking, multi-embodiment” agent. Its modalities include images, text, keystrokes, joint movements, and other actions that are decided based on context.

DeepMind emphasizes that Gato has been trained on many data sets. These include data sets on natural language and images, as well as experience with an agent (an AI entity that perceives its environment) in simulated and real-world environments. DeepMind, Alphabet’s AI research lab, describes Gato’s training process and capabilities in a new paper titled “A Generalist Agent.”

Is Apple picking up speed on e-car project now?