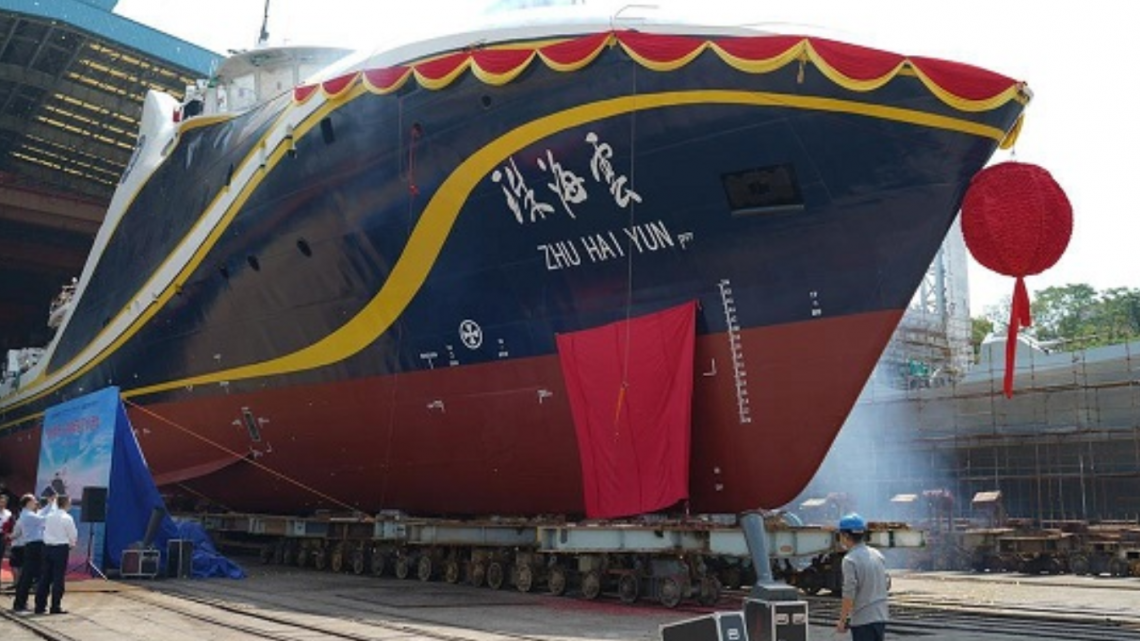 While the world’s unmanned first autonomous drone carrier was launched a few days ago, Chen Drake, director of the laboratory in charge of the vessel, explained scientists actively researching on this vessel would come to new conclusions as a result of revolutionary changes in ocean observation.

As in all other AI-driven projects, the Ki-supported ships are expected to enable safer, cheaper and easier operations.
With this latest vessel, China hopes that artificial intelligence and unmanned systems could improve its maritime surveillance capabilities at a lower cost and with greater efficiency than manned operations. China is known for using unmanned equipment systems in areas such as maritime rescue and marine environmental monitoring, so this ship is the next step in a long evolution toward using autonomous vessels.
This particular unmanned vessel, named Zhu Hai Yun, will be used for marine scientific research and observation. The ship is 290 feet long, 46 feet wide and 20 feet deep (88.5 meters long, 14 meters wide and 6.1 meters deep) and has a planned displacement of 2,000 tons. It can travel at a speed of 13 knots, with a top speed of 18 knots.
The ship was built in Guangzhou at the Huangpu Wenchong Shipyard, a subsidiary of China’s largest shipbuilding company, China State Shipbuilding Corporation. It is expected to complete sea trials by the end of this year so that it can be delivered to the nation in time for operations.
The Zhu Hai Yun can reportedly carry dozens of unmanned vehicles, including drones, unmanned vessels and submersibles, which can be carefully linked together to observe targets. The ship also stands out for being locally made, as its power systems, propulsion systems, reconnaissance systems and surveillance support systems were all developed by China in China.
The ship will surely inspire other nations to develop similar autonomous vessels, but for now it remains the world’s first. The question, however, is whether the ship can be used for military purposes.
With any new technology, there is always the fear that it could be used in warfare, and China is a country known for its military strength. Couldn’t this ship be used for research purposes only? Perhaps for surveillance? Only time will tell.

Apple’s XR headset to hit markets like the iphone